The Manipur government has asked the central government to exempt it from the Citizen Amendment Bill (CAB). CAB was passed by Lok Sabha on January 8, 2018, and has led to protests in the North Eastern states in the country. Manipur is ruled by BJP led coalition. Biren Singh, Chief Minister of Manipur convened a cabinet meeting to study the situation arising out after the passage of CAB. Later in a statement, the Chief Minister’s office said that Manipur has a large number of ethnic groups in the state and the CAB would not be in their best interest. The government said that it had passed Manipur People’s Protection Bill for protecting the ethnic groups within Manipur Which is awaiting presidential assent. The statement urged the central government to exempt it from MPP to protect its ethnic groups. 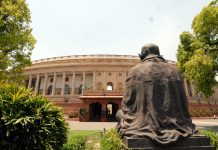