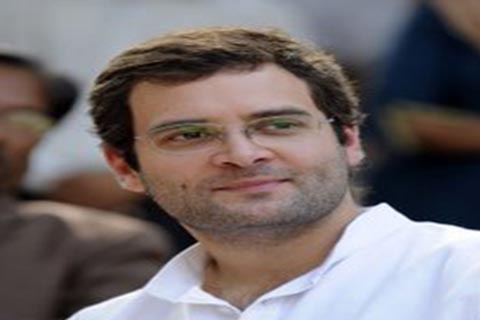 For the first time, an Indian politician has written a congratulatory letter to a Kashmiri student who had topped the board exams. Congress president Rahul Gandhi wrote a congratulatory letter to Ifra Sheeraz, a Kashmiri girl, who hails from Shopian district of Jammu and Kashmir. Ifra Sheeraz topped the 10th board exams and secured 99%. She was also one among those students from the restive South Kashmir who braved the almost daily killings, restrictions, shutdowns and other risks to race ahead in the exams.

I congratulate you on your brilliant performance in the Class X Board examinations. This achievement stands testament to your hard work and determination.

Despite the challenges due to frequent closure of schools, your determination trumped all the roadblocks. I have tremendous hope in the youth of Jammu and Kashmir who have accomplished remarkable feats even in the face of adversity. I hope your accomplishment inspires others to strive for their goals. I would also like to congratulate your family for their support and faith in you.

I wish you success in your future endeavours and hope you continue to reach greater heights.

2018 was one of the bloodiest years as far as the valley was concerned. The year saw civilian and militant killings. In south Kashmir alone, Shopian, Pulwama and Kulgam witnessed the highest number of cordon and search operations, encounters as well as civilian killings. Besides this, the year also saw frequent shutdowns and clashes between locals and government forces.

Amazingly, the districts of Pulwama and Shopian which are the worst hit showed remarkable performances in the board exams compared to other districts. Despite such circumstances, the overall result was good with south Kashmir topping in overall percentage compared to other districts. This is when the schools in Pulwama and Shopian being closed for nearly half of the academic year, due to shutdowns and clashes. Among those qualified students, there were also so many students who were killed by security forces later during clashes.