Home Latest News Statement by Umar Khalid and Anirban Bhattacharya in the context of the... 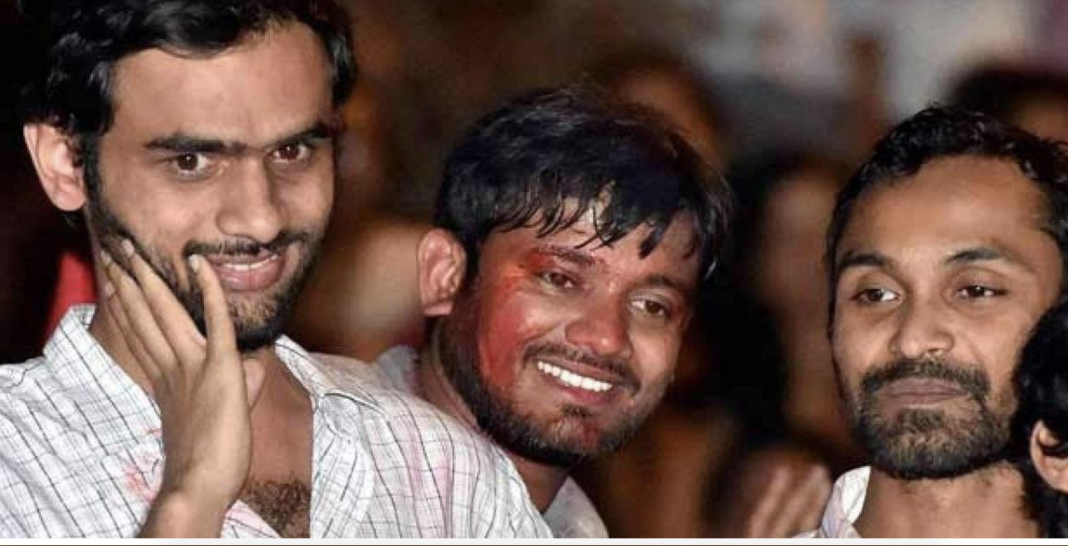 We congratulate the Delhi Police, the Home Ministry and the government for waking up from their deep slumber 3 years after 9 Feb 2016, and barely 3 months before the general elections 2019 and filing a charge sheet against us.

Lying is an art. It’s not enough to just lie. One also have to time it well. A sense of timing, of placement, is what makes one a master liar. And of course, one also needs to stage one’s own cheerleaders who would celebrate each of one’s lies. That is the role of most of the media today under this regime.

But the people of the country have been dealing with these Sanghi thugs of Hindustan long enough now. It’s been five years, nearly. They know by now that it would be raining lies as it gets closer to the elections: Mandir, statues, 10% reservation, “anti-national”. If the last four years saw the people of the country grappling with one jumla after the other, the closing months would be seeing the crescendo in the symphony of lies. Even with us, around the “JNU row” as they call it, its not that they didn’t have their lies ready three years back. But of course, they needed to submit them in the form of a charge sheet in the last hundred days. As the people of this country have prepared their own charge sheet against this anti-people, anti-poor and communal Govt., the government once again wants to deflect attention from it’s failures by raking up this issue just before elections. They need to bury their failures under these lies.

We are yet to see the charge sheet, but if what is being reported in the media is true, then we want to say categorically that we reject the charges and will contest them legally. In a way, it is good that the matter will finally move to the actual court room after almost three years of media trials. We are convinced about our innocence, and have full faith in the court. After we are proved innocent, we will legally take to task all those media houses who have spread canards about us. Their criminal, irresponsible and inflammatory handling of the entire matter has made our lives vulnerable, even jeapordising our physical safety and leading to assassination attempts. But, this is the price you pay under Modi Raj for exercising your constitutional right of speaking out for the rights of the people.

Finally, we just want to add that no amount of lies would be enough to hide their failures, their anti-poor, anti-farmer, anti-worker, anti-Dalit, anti-minority moves, their corruption, their fake-nationalism, and their desperation. They stand exposed and they will be defeated. We are confident that finally, truth would prevail.

US-China trade talks: What to expect

All who Died for Kashmir are ‘Shaheed’, Says National Conference Leader