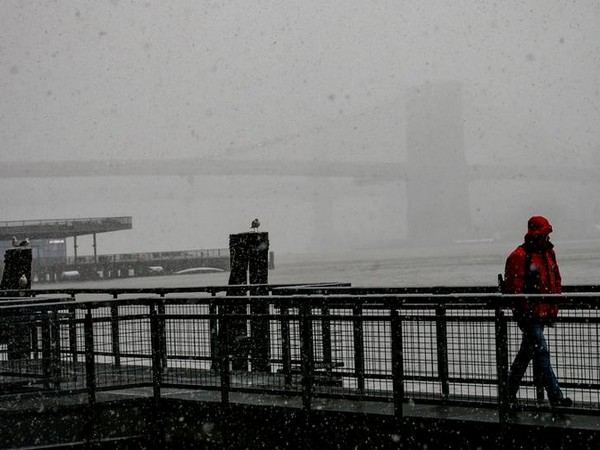 The US is facing the coldest weather it has witnessed in a very long time, where temperatures are expected to go as low as -53C. The extreme weather also called as the Arctic blast, is due to large outbreaks of Arctic air over the US. This is caused by a breakdown in the circulation of an extreme cold wind in the Arctic called the polar vortex. This breakdown forces Polar vortex to spread southward into the US and Canada. There were similar outbreaks in 2014, 1989, 1985, 1982, and 1977 but this year’s weather will be way more colder than them.

The polar vortex is a large area of low pressure where cold air sits over both the polar regions. The “vortex” refers to the counterclockwise flow of air that restricts the colder air to the poles. The vortex gets weakened at times due to external factors such as the formation of high pressure near it. The Arctic blast in the US is due to the formation of high pressure in the Pacific ocean. This high-pressure forces polar vortex to expand southward towards the US.

When the polar vortex arrives, it can bring subzero temperatures to the US and Canada for days at a time. When the Pacific high pressure begins to weaken, the polar vortex would retreat north, bringing the temperature back to normal.The current cold snap in the US is due to sudden warming above the North Pole, caused by a blast of hot air from Morocco last month. This has split the polar vortex and caused it to drift south, Judah Cohen, a winter storm expert for Atmospheric Environmental Research, told an AP news agency. The National Weather Service (NWS) has warned that the Arctic blast will be “very dangerous and life-threatening”. They have also issued wind chills alerts because of the combined effect of low temperature and wind.

Wind chill is based on the amount of heat that is lost from exposed skin due to the wind and cold weather. The wind fastens the amount of heat drawn from the body, lowering the skin temperature and then the internal body temperature. The combined effect of both the wind and the cold weather would then lead to frostbite. Wisconsin, Michigan, Illinois, Alabama and Mississippi have all declared a state of emergency as of now. More than 90 million people are forecast to experience below zero temperatures in the US. Among the 90 million, 25 million will face temperatures below minus-20.

The sudden change in weather has already been blamed for causing 8 deaths in the US. It has also led to school closures, postal service interruptions and cancellations of more than 2,000 airlines across the country. The Arctic blast is expected to weaken by February 1, 2019, and temperatures are expected to bounce back to normal levels by February 3, 2019.

'PadMan' off to a Decent Start at Box Office