As India Spend reports, Bihar has 28 million illiterate women, India’s lowest level of female literacy (53%) and employment, with the female labour-force participation rate 62 percentage points below the male rate. Yet in 2015 Bihar elections showed us a large number of women turning up to vote compared to men. Long lines of saree-clad voters were formed outside election offices.

As per Economic Times, it was the first time women took lead over men since 2010. And indeed it showed in Election Commission of India data, with the women triumphing a 54.5 % margin over the 51.1% of men who came to vote. “Don’t be fooled by the fact that women cover their heads. That’s only to keep out the sun. They are politically aware and many are matriarchs in their homes,” Congress member Meira Kumar told TOI.

Ironically the same year Bihar’s position came down to the fifth position from second in the list of states with most number of female legislators. The number was 34 in 2010, which was one of the highest in the history of Indian assemblies and the highest till now in the history of Bihar. That changed to 28 women representatives out of a total of 243 in 2015. 39 women took it to the election, of which BJP gave the largest representation and lowest rate of victory of women candidates. The RJD and JD(U) fielded 10 women candidates each, and Congress five.

Since 2000, the number of constituencies with women candidates had been slowly but steadily rising. When women contested from 74% of total constituencies in the state in 2010, and Bihar being one of the first states to implement 50% reservation for women in panchayats, the 2015 elections was expected to bring out more women representatives.

The women voter turnouts had made them the priority for political parties, which will be the same for the upcoming election as well. Even though the percentage of representation came down in the last election, it is to be hoped that this overall pattern of increasing political participation of women will take effect in other arenas of life as well. 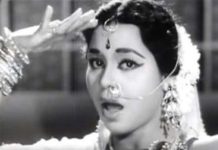 Congress has no Right to Question Constitution, Says Ananth Kumar