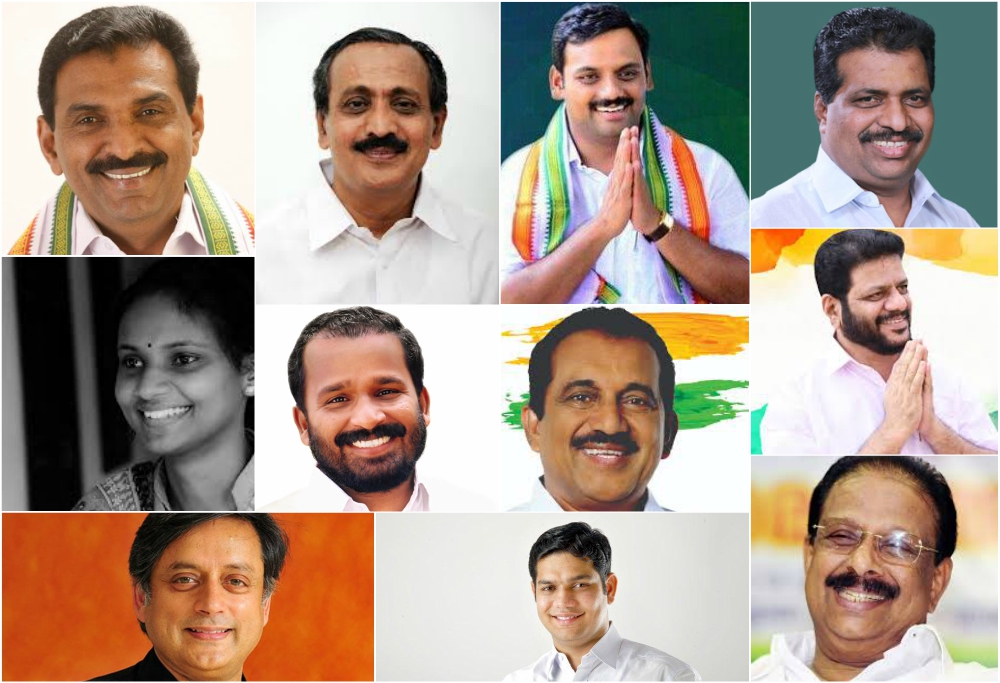 After a number of controversies and deliberations, Congress released its candidates’ list in Kerala. The final screening committee headed by Rahul Gandhi announced the list of candidates to 12 seats for the Lok Sabha election of April 23.

The Congress screening committee which met at Delhi on Friday was unable to reach a decision in the candidate selection process due to the reluctance of seniors such as KPCC president Mullappally Ramachandran, AICC general secretary K.C. Venugopal and former CM Oommen Chandy to contest. Mullappally and K.C. were likely to contest from their constituencies – Vadakara and Alleppey.

The party retained its sitting MP’s Shashi Tharoor in Trivandrum, Kodikkunnil Suresh in Mavelikkara, M.K Raghavan in Calicut and Anto Antony in Pathanamthitta. However, what came as a surprise was Ernakulam constituency where the incumbent MP K.V Thomas was replaced by Hibi Eden.

“Is being 72 years my fault… I do not know what wrong I have done. I have been a seven-time member and no one had given any hint of what has happened now. I have not been told the reason as to why I have been left out. No one can make me a curry leaf to be thrown away,” said Thomas, who was addressing the press.

The list features one female candidate Remya Haridas who would be seen contesting from Alathur constituency against PK Biju.

On Saturday, March 16, Congress released 27 Lok Sabha seats of which 12 were from Kerala, 7 from UP, 5 from Chattisgarh and two from Arunachal Pradesh and one from Andaman and Nicobar.

Though the party is contesting from 16 seats in the state, 4 seats are yet to be announced. Here is the complete list of candidates:

Candidates for Alappuzha, Wayanad, Attingal and Vadakara is expected to be announced on Sunday.