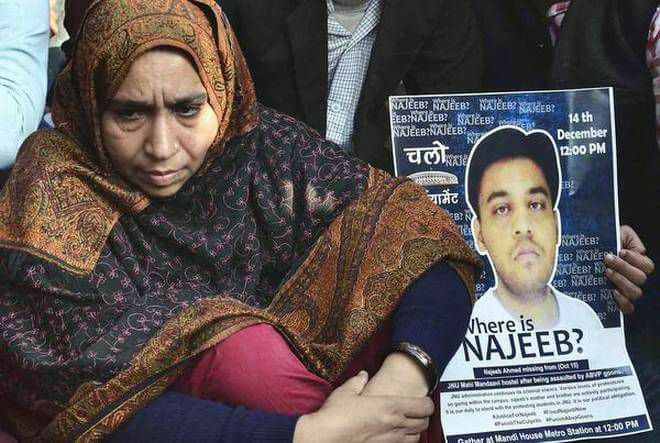 While Twitter and other social media platforms are now flooded with solidarities, pledges and critiques for the Prime Minister Narendra Modi’s new online campaign ‘Main bhi Chowkidar’, one response stood out amongst them all. Fatima Nafees, the mother of Najeeb Ahmed who went missing three years ago from Jawaharlal Nehru University campus, had a question for the Prime Minister. She tweeted “If you are a chowkidar then tell me where is my son Najeeb? Why Abvp goons not arrested? Why did three top agencies fail to find my son? #WhereIsNajeeb.”

Referring to himself as the Chowkidar, Modi tweeted “Your Chowkidar is standing firm & serving the nation. But, I am not alone. Everyone who is fighting corruption, dirt, social evils is a Chowkidar. Everyone working hard for the progress of India is a Chowkidar. Today, every Indian is saying #MainBhiChowkidar”. Modi’s campaign has been followed by his party members and supporters, leading them to change their twitter handles to add the word ‘Chowkidar’ in front of their names.

Fatima Nafees’ twitter account identifies herself as ‘Najeeb’s Mother’. Nafees has been vocal against the atrocities of Narendra Modi government since the disappearance of her son Najeeb Ahmed from JNU campus in 2016, following a dispute with the student wing of ABVP in the campus. Nafees’ tweet went viral, which didn’t go well for the Narendra Modi supporters. As a response to this, right-wing twitter handles and Facebook pages dug up an old picture to stake claims that Najeeb Ahmed went to join Islamic State.

As reported by The Print, these pictures have been available on the internet since 2015, thereby countering the allegations that it is Najeeb Ahmed’s picture after he joined ISIS. Online accounts that support BJP has used the same picture before also, claiming this to be Najeeb’s picture. The accounts which circulated this fake news also include BJP’s national general secretary Ram Madhav.