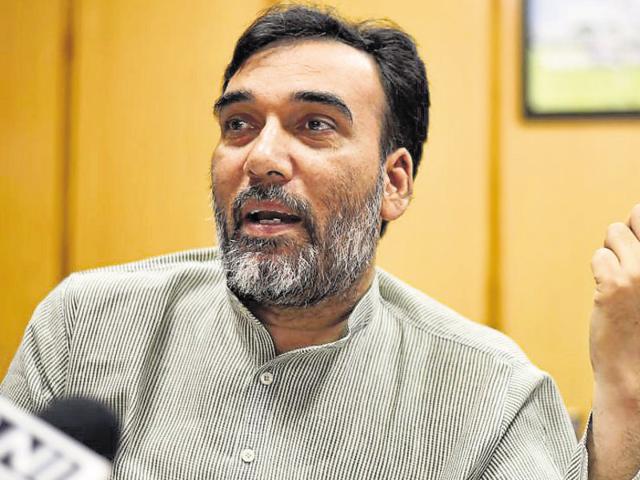 While a possible alliance between Aam Aadmi Party and Congress in Delhi remains to be in a state of impasse, AAP leader Gopal Rai has announced that their party wouldn’t enter into an alliance with Congress.

“There will be no alliance with the Congress in Delhi,” said Rai in Delhi. His statement has not only diminished the scope for a possible alliance between the two parties, but also resulted in further confusions as Congress still seems to be open for forming an alliance to fight against BJP.

Hours before Rai rubbished the possibility of an alliance, Congress leader PC Chacko told PTI that they are still considering a tie-up with AAP for the Lok Sabha polls.

“The Congress Working Committee has decided to align with like-minded parties across the country to defeat the Bharatiya Janata Party in Lok Sabha elections,” Chacko told PTI. “I hope Delhi Congress leaders also go by this sentiment and decide on an alliance with AAP,” he added.

The stalemate over the alliance seems to affect Congress more as the party hasn’t started their campaigning since a final decision on the matter is yet to be taken by central leadership.

AAP had already announced their candidates for six of Delhi’s seven Lok Sabha seats at the beginning of March. Also, BJP and AAP have already started active election campaign.

Delhi votes in the sixth phase on May 12. AAP has announced that the party would launch their election campaign from March 23.

Rai, convenor of AAP’s Delhi unit, said that AAP had always been open towards forming an alliance to take on BJP. But he blamed the lack of unity within Congress even at crucial times as the reason for the prevailing confusion.

AAP chief and Delhi Chief Minister Aravind Kejiriwal had earlier said that Rahul Gandhi had rejected an alliance with the party at an Opposition meeting.