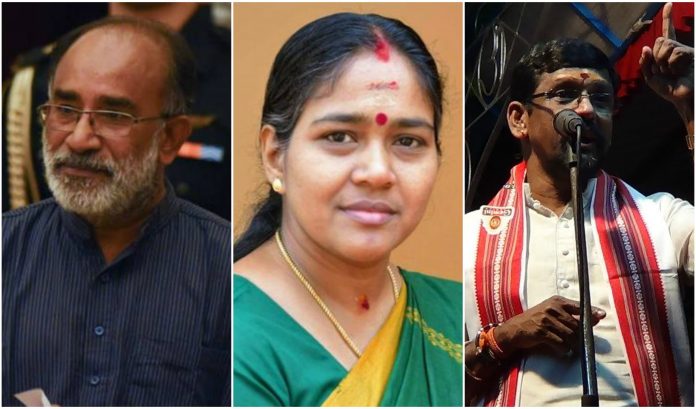 The Bharatiya Janata Party (BJP) on Thursday evening finally announced their candidates from Kerala for the upcoming Lok Sabha elections. The party has announced candidates for 19 out of the 20 Lok Sabha seats in Kerala. But, the candidate for Pathanamthitta is left unannounced, as almost three unit leaders of BJP have raised their claims for the seat. The list was released in Delhi on Thursday evening by senior Bharatiya Janata Party leader J.P. Nadda.

Union Minister Alphons Kannanthanam and former Mizoram Governor Kummanam Rajasekharan are among 13 candidates of BJP. Surprisingly, Tom Vadakkan who recently crossed over from the Congress to the BJP is not featured in the list.

Since the Pathanamthitta constituency houses the Sabarimala temple, which witnessed intense protests recently against a Supreme Court verdict allowing women below 50 years to enter in violation of an age-old religious stricture. It is believed that the protests may have helped the BJP build a strong ground of support in Pathanamthitta. And this is the major reason why several leaders including state President Sreedharan Pillai and state General Secretary K. Surendran are keen on it.

Out of Kerala’s 20 Lok Sabha seats, the BJP is contesting 14 seats, while five seats will be contested by its ally, the Bharath Dharma Jana Sena (BDJS), and the Kerala Congress, led by former Union Minister P.C. Thomas, in the remaining one seat.

The seats as announced are as follows:

Pathanamthitta: To be announced

Will Discuss US Election Meddling With Putin, Says Trump