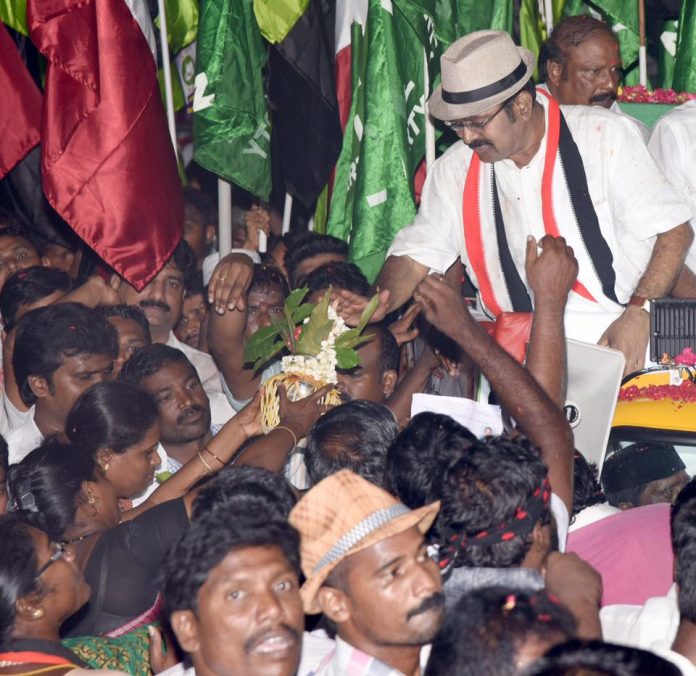 AMMK, Ammaa Makkal Munnetra Kazhagam led by TTV Dhinakaran finalised the list of 38 candidates who will be contesting the Lok Sabha elections. AMMK has allotted one seat to its ally Social Democratic Party of India.

Dhinakaran who was part of AIADMK had later formed AMMK as he was sidelined from the party. The now released list includes the name of 3 AIADMK MLA’s – T Tamilselvan, N G Parthiban and P Palaniappan-who were disqualified from the party due to their allegiance towards Dhinakaran.

Thanga Tamilselvan will be contesting from Theni seat, Parthiban will be seen contesting from Arakkonam seat while Palaniappan will contest from Dharmapuri constituency. The other prominent names in the list are Trichy’s former mayor Sarubala Thondaiman and former speaker K Kalimuthu’s son David Annadurai who will fight polls from Madurai.

Tamil Nadu will be voting on April 18th during the second phase of the seven-phased elections.