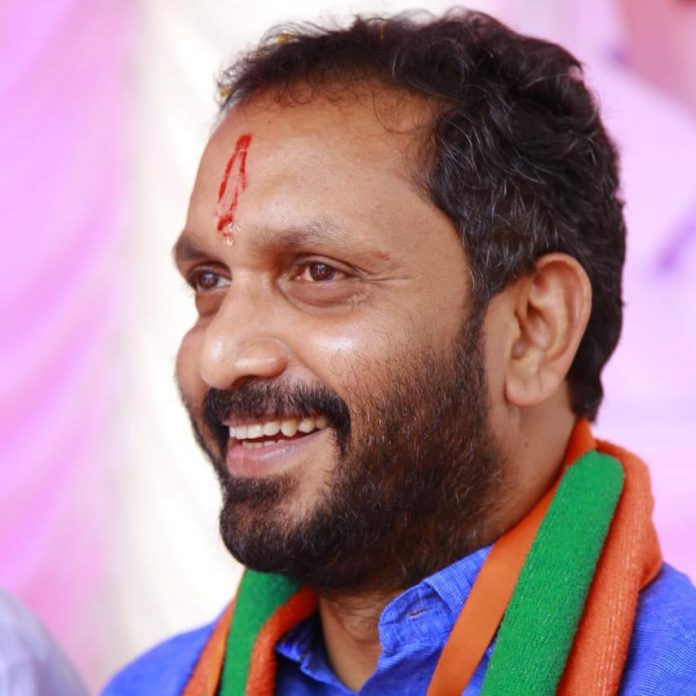 Ending the suspense over Pathanamthitta seat, BJP on Saturday announced the candidature of K. Surendran from the constituency. An active participant during the Sabarimala protests against the entry of women to the shrine, K. Surendran is expected to be a tough competitor.

Pathanamthitta had been in the limelight for quite some time as the first list that BJP had released didn’t announce the candidature in this single seat. There were speculations that BJP might field Tom Vadakkan from the seat. There were also rumours that the central leadership of BJP is in discussions with some senior Congress leader.

BJP is expecting to capitalise the Sabarimala protests to win the Pathanamthitta seat. Surendran however, was not the first choice of the party. The list submitted by the state unit of BJP had listed president P.S Sreedharan Pillai as the candidate. However, following protests from the cadres, the central leadership suggested the name of K. Surendran.

Sreedharan Pillai later clarified to the reporters that he was not intending to contest the Lok Sabha Polls this year. Addressing the reporters he said, “Surendran would rewrite history in Pathanamthitta. He is one of the most popular faces in BJP’’

“By allowing me to contest from this constituency, the party has given me a huge responsibility and we hope to get the full support from the people of Pathanamthitta,” said Surendran while responding to Asianet News.

Surendran will be facing Veena George of LDF and Anto Antony of UDF. Anto Antony is the sitting MP at Pathanamthitta seat. Congress is seeking their hattrick win at Pathanamthitta constituency. Surendran had earlier contested from Kasargod for Lok Sabha polls and from Manjeswaram in the assembly elections. He lost the elections of Manjeswaram for a mere 89 votes. Surendran is currently is one of the general secretaries of the BJP Kerala unit.