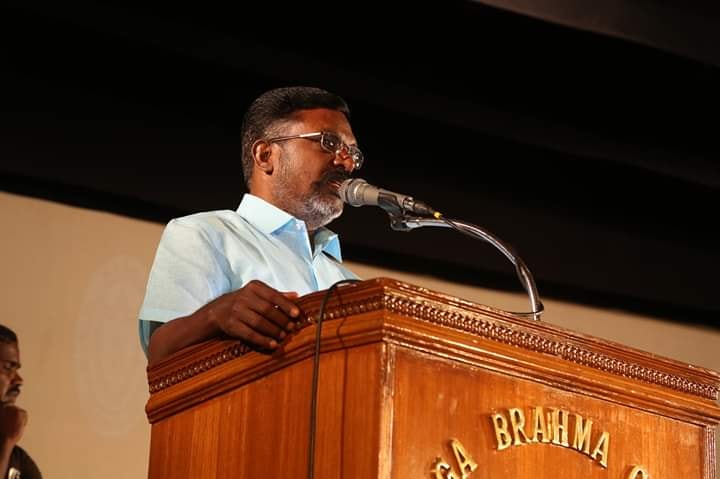 Mr Thirumavalavan was elected to parliament for the first time in 2009 from the Chidambaram constituency itself but he lost to an AIADMK candidate from the same seat in 2014. Party general secretary and former MLA, D.Ravikumar would fight from Villupuram, as the second candidate of VCK.

Interestingly, VCK has adopted a unique formula for contesting the upcoming Lok Sabha polls. While its leader Thol. Thirumavalavan is contesting from the Chidambaram (SC) seat on an independent poll symbol, the party’s general secretary, Ravikumar, will contest from Villupuram (SC) on the DMK’s ‘Rising Sun’ symbol. The DMK had requested the VCK to contest on its poll symbol, and Mr Thirumavalavan came up with the hitherto unheard of formula. Candidates of the same party contesting the election on different symbols will be a rare case.

As a new candidate, contesting on the ‘Rising Sun’ symbol, enhances the prospects of victory in the constituency for Ravikumar, where he is pitted against the PMK. But in Chidambaram, Thiruma is a familiar face for the voters after contesting five times from the same constituency.

In Kerala, M. Selvaraj will seek election from Idukki, Jeevan K. Vijayan from Kottayam and lawyer K.R. Meena would be contesting from Kollam.

Sabika Sheik, Muslim Exchange Student From Pakistan Among Those Shot Dead in the Texas...

Equity indices in green, Sensex up over 400 points