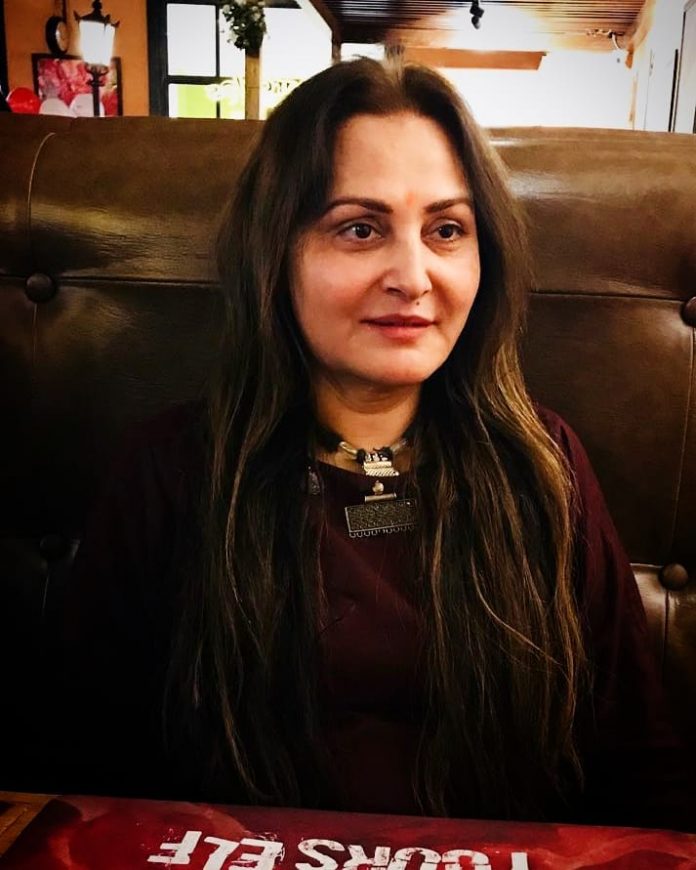 Jayaprada was a member of Samajwadi party and had served as the MP of Rampur constituency twice in 2004 and 2009. She is expected to contest from the same constituency again and will be facing senior Samajwadi Party leader Azam Khan.

She had recently attacked Azam Khan stating how the character of Khilji in Padmavat reminds her of the harassment Mr.Khan did during the 2009 polls. Azam Khan and his supporters had allegedly circulated morphed nude photos of her on social media.

Jayaprada called it an important moment in her life and added, “I am a part of a national party and I’m in a party, where the leader leads on issues of national security. I’m honoured to work under PM Modi’s leadership.”

“This is a significant moment for me. Be it cinema or politics, I have worked with all my heart and dedicated my life to it. Thankful to the BJP for this respect,” she added.

The veteran actress entered politics as a member of NT Rama Rao led Telugu Desam Party in 1994. However, she later left the party due to differences with Chandrababu Naidu. It is then that she joined the Samajwadi party. She stood as an MP candidate for Samajwadi party for 2 tenures. However, she was later expelled following differences with Mulayam Singh Yadav. Her close associate Amar Singh was expelled along with her.

Later, she along with Amar Singh formed Rashtriya Lok Manch and stood for Uttar Pradesh Assembly elections, however, could not gain even one seat. Jayaprada again shifted her party and moved to Ajith Singh’s Rashtriya Lok Dal. She contested from Bijinor seat, but could not succeed.

Co-Working Spaces That Aspire to be Women-Friendly