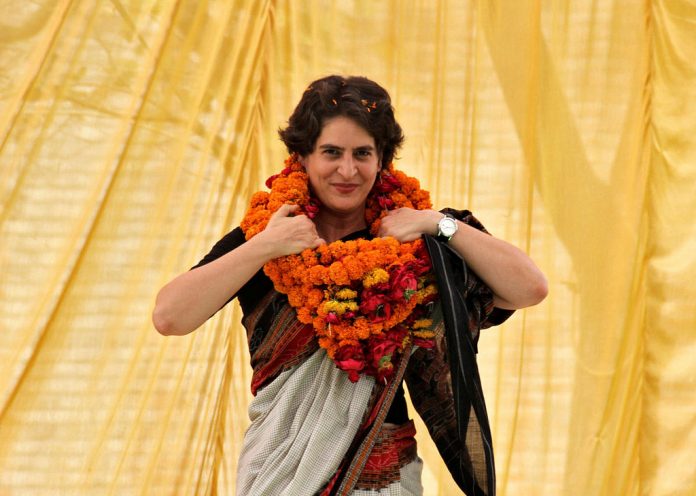 Congress General Secretary for Eastern Uttar Pradesh, Priyanka Gandhi Vadra visited Ayodhya on Friday, where the disputed Ram Janmabhoomi-Babri Masjid site is located. Priyanka targeted Narendra Modi as a part of the party’s election campaign. She was on a three-day poll campaign in Uttar Pradesh which started on last Wednesday from Amethi. She concluded the campaign in the state with a visit to Faizabad after covering Amethi, Rae Bareli and Barabanki. During the Ayodhya visit, she managed to hold public meetings and roadshow.

Addressing a street rally in Ayodhya, Priyanka Gandhi hit out at PM Modi and said that the Modi government is anti-farmers, anti-people. Dubbing the BJP government as pro-rich, Priyanka Gandhi urged the people to throw them out of power in coming elections.

“The BJP government is anti-farmer, anti-forces. Farmers are reeling in debt. The government’s focus is only on helping the rich, making the rich richer,” Priyanka said.

“Modi government has money for businessmen, but not for the poor. I was stunned to hear from people in Varanasi that in five years, the PM didn’t get time to go to a single village, visit even one family in his constituency”, she added.

“He went to America, Japan, China, the entire world. But he didn’t have the time to meet his own constituents. He has done nothing for the people in his own constituency, let alone the people across the rest of the country. It is no small thing, it is a big issue. It shows this government’s intention. It is focused on making the rich richer but not helping the poor,” Priyanka accused Modi.

Meanwhile, Posters portraying Priyanka Gandhi as a ‘Ram bhakt’ were seen in the city, Days ahead of her Ayodhya visit. In the poster, she was seen on the left side, while Rahul Gandhi on the right side and Lord Ram’s photo placed in the middle.

Three-day lockdown in UP from Friday night