Former Indian cricket team captain Rahul Dravid can’t cast his vote the general elections as his name was deleted from the voters’ list and was not re-included on time. Rahul was a registered voter in Bangalore Central parliamentary constituency when he lived in his paternal home in Indira Nagar. After he shifted house to Ashwathnagar in Banglore, got his name deleted from his old constituency. And he also couldn’t re-include it before the deadline. Ironically, Dravid was an ambassador for the election commission during the 2018 Assembly elections in Karnataka.

It was during a special drive carried out by the Election Commission that Rahul’s brother Vijay submitted Form 7 (for deletion of names from the list), as the cricketer had then not shifted to his new house in Ashwathnagar in RMV Extension. However, Dravid did not fill Form 6 meant to add his name in the electoral roll from his new place. The voters’ list was published on January 16, 2019, and EC officials had appealed to all to check if their names are included. The last date for inclusion in the voters’ list was March 16, within which Rahul couldn’t add his name. According to reports, Dravid came to know about the incident only after March 16 and then contacted the officials concerned.

BBMP commissioner N. Manjunatha Prasad, who is also the district electoral officer, said anyone in the family can submit Form 7 for deletion of names stating the said person was not staying at the designated address. “But it is left to the person concerned to submit Form 6 to the respective jurisdictional officer to include his or her name in the voters’ list.”

“Rahul Dravid was in Spain but was eager to vote. Unfortunately, his name got deleted from the Shantinagar Assembly constituency,” Basawaraju Magi, the Domlur sub-division Assistant Electoral Returning Officer said.

The officials also said polling officers had gone to his new home thrice for verification as per the procedure. But all the three times, he didn’t turn up for physical verification and filling up of the form as he was travelling abroad.

The former Indian cricket captain, who was politically neutral, had voted regularly in the past and was made Karnataka election commission’s icon and ambassador. 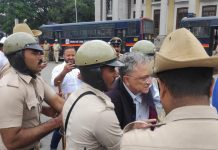 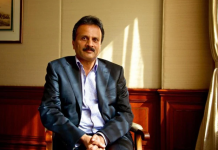 V.G Siddhartha: Here is all you need to know about the Coffee King 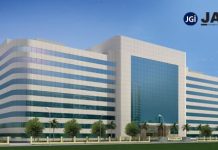