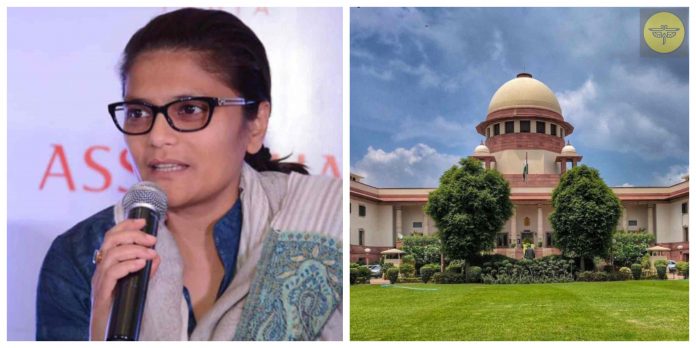 Following the announcement by the Congress Party on last Saturday that it may approach courts seeking action against Prime Minister Narendra Modi and the BJP president Amit Shah over alleged repeated model code of conduct violations, the Supreme Court on Monday has agreed to hold an urgent hearing on the matter. Congress claims that the Election Commission has remained inactive against alleged violations of the model code of conduct by Prime Minister Narendra Modi and BJP president Amit Shah.

The court will hear the petition on Tuesday 31st April. The petition was filed by Congress MP Sushmita Dev, seeking “urgent and necessary” directives to EC on the matter. The petition, filed on Monday morning, cites eight instances of poll code violations. She has claimed that Modi and Shah had used the armed forces for political propaganda and influencing voters, but the poll body had not taken action despite various complaints.

Even before the first phase of elections started, the Election Commission had asked political leaders to refrain from dragging the armed forces into the election campaign after several leaders had invoked the IAF attacks on a Jaish-e Mohammad camp at Pakistan’s Balakot, apart from other directives like not to use religion and caste to appeal for votes.

Senior Congress leader Abhishek Manu Singhvi took a jibe at the Election Commission during a press conference and called it “Election Omission” and wondered whether Mr. Modi and Mr. Shah are outside the ambit of the model code of conduct, which he dubbed as “Modi code of conduct”.

Yogi Adityanath, the Chief Minister of Uttar Pradesh and one of the prominent faces of the BJP, was asked to give explanation for referring to Indian Army as “Modi Ji Ki Sena” (Army of Prime Minister Narendra Modi) while addressing an election rally in support of the ruling Bharatiya Janata Party candidate at Ghaziabad in his State during mid-April. He was later banned by the EC for dragging religion into political campaigning.