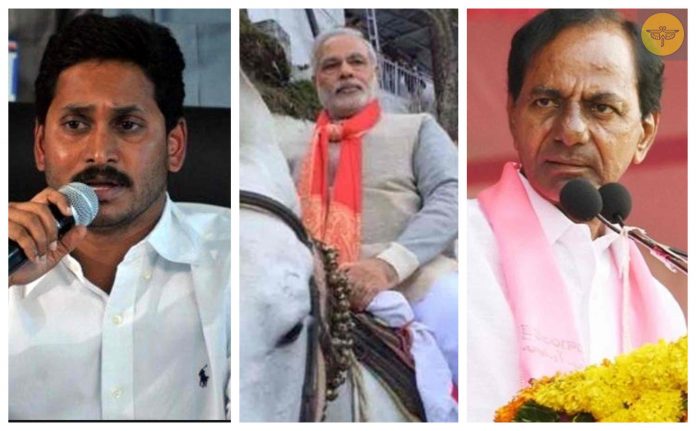 Modi in a recent rally quipped that 40 MLAs from TMC is in contact with him. “When the lotus will bloom all over Bengal after May 23, Didi (Banerjee), you will see that your MLAs will also abandon you and run away. Forty of your MLAs are in touch with me even today,” reports India Today that Modi told an election rally in the district of Hooghly in West Bengal.

This is an open call to horse trading but we all know Election Commission sleeps during Modieatrics. But, there is more to it. It gives away that that BJP’s Modi-Shah duo has kicked off its plan B, which is to lure the regional parties.

BJP with its demonetisation has accrued enough wealth to buy anyone. This purchasing capacity is talk of the town and is common knowledge now. During the sting operation of Cobra Post #OperationKaroke, film stars like Mahima Chowdary agreed to tweet in favour for the BJP if paid. She also declared BJP has lot of money, it will even give 1 crore a month.”

In 2017, we witnessed that in Goa Assembly Elections. Congress had won 17 seats against BJP’s 13 in Goa. BJP then purchased the support of parties like Goa Forward Party (GFP) and Maharastrawadi Gomantak Party (MGP), along with two independents candidates. This raised BJP’s number to 21 seats, giving it the majority in the 40-member assembly.

But all this were hush-hush until now. In desperate attempts to hang onto power for eating more mangoes with film star Akshay Kumar, Prime Minister has now offered the booty. This declaration one month before the election results by traders is a dead give away of the impending defeat. This validates the reports doing rounds that even BJP forecasted only 180 seats internally.

To add more salt to the wound, after the two phases of the elections, opinion pieces by political observers are writing off Modi wave.

Political observers have started to predict on possible post poll alliances. One of them is YSR from Andhra Pradesh. YSR Congress Party (YSRCP) chief YS Jaganmohan Reddy said he is willing to support Prime Minister Narendra Modi if the Bharatiya Janata Party (BJP)-led National Democratic Alliance (NDA) falls short of the half-way mark, to an interview to India Today.

Reddy said his party would support anyone who grants special category status for Andhra Pradesh and claimed he will have 25 seats to bargain.

Telengana’s TRS which won by a landslide in Assembly elections last year is already in a backdoor alliance with YSR Congress to defeat TDP. Now all they need is a hung parliament to quote the price.