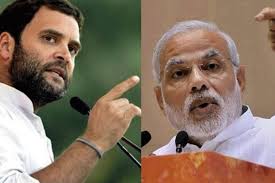 Listing out the 52 abuses that Congress and Opposition parties have hurled at Modi so far, he claimed, the more they abuse, the more seats BJP will win in the ongoing Lok Sabha elections.

“They are doing this out of sheer desperation and hatred for their leader because they understand that in front of Modi, they stand no chance to win public confidence. They are hurling casteist abuses. This is Congress culture. It is happening because we are discussing scams,” he said.

He added that Congress was “desperate” as it stood no chance to win people’s confidence.