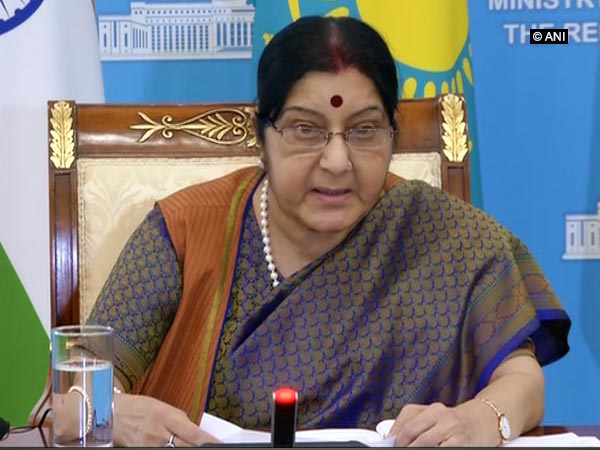 Priyanka Gandhi, at an election rally on Tuesday in Haryana, had compared Modi to Duryodhana, saying; “Duryodhana also had a lot of egos, and his ego was the reason for his defeat.” But, Swaraj responded to the Congress leader it was her brother Rahul Gandhi who was had shown arrogance and insulted former prime minister Manmohan Singh. “Priyankaji, You talked of arrogance today. I am reminding you that arrogance had crossed its limits when Rahul Gandhi had insulted Prime Minister Manmohan Singh (of his party) and tore the ordinance approved by the President. Who is making sarcastic remarks ?”, Sushma Swaraj tweeted in Hindi.

Turning towards Mamata Banerjee, she again tweeted, “Mamataji, you crossed all limits today. You are the Chief Minister of a state and Modiji is the country’s Prime Minister. You have to talk to him tomorrow. This is why I would like to remind you of a couplet written by Bashir Badr: Rage all you want but I just have this one request from you, do not feel ashamed when we have to become friends again someday. Money does not matter to me. That is why when Narendra Modi came to Bengal and accused my party of being tolabaaz, I wanted to give him a tight slap of democracy”.

Mamata Banerjee, at a rally in Barjora, had compared Modi and BJP President Amit Shah to Duryodhana and Dushasan who had fought against the Pandavas. “The Duryodhana-Dushasan duo is running the show at the Centre,” the CM said. She had also made remarks against Modi saying “Modi needs a slap of democracy for saying that Mamata’s party is of tolabaaz (extortionists),” she had said, further calling him a “lying PM”.