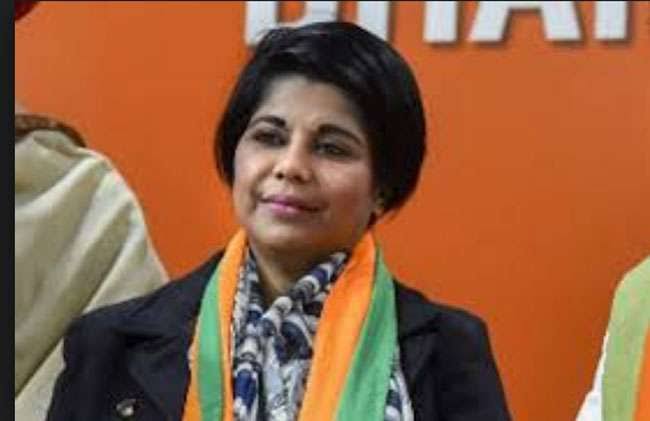 BJP candidate Bharati Ghosh was attacked twice on Sunday by the locals when the former IPS officer tried to visit two polling stations in her Ghatal constituency. One of her security guards has also got injured in stone pelting in one of the two incidents of attack. The state CEO has sought reports from the West Midnapore district magistrate about the incidents.

“Keshpur has become Kashmir today. The police compelled me to get out of my car in front of an angry mob. The administration wanted to have me killed. There is massive rigging in Midnapore,” Bharati Ghosh added. At last, she was taking shelter in a temple against the brick batting. But when that too became vulnerable, she jumped a boundary wall and entered the police station in Keshpur.

Earlier this month, Ghosh had warned Trinamool Congress workers that if they intimidate voters, she will bring men from Uttar Pradesh to pull the TMC men out of their homes and beat them up like dogs. A video showing Ghosh threatening two alleged TMC workers had gone viral as well.