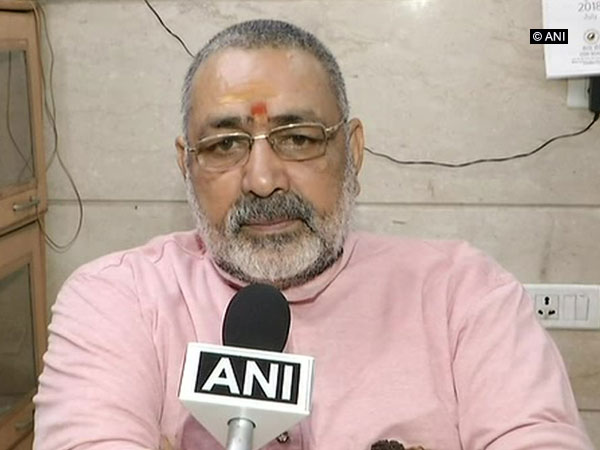 The Election Commission, on Sunday, has issued show cause notice to Union Minister and Bharatiya Janata Party (BJP) Lok Sabha candidate from Bihar’s Begusarai constituency, Giriraj Singh for his ‘Grave’ remark against the Muslim community at an election rally in Bihar. The poll panel condemned his comments and asked him to be careful with what he says while the Model Code of Conduct is in force.

Addressing the rally in Begusarai, Singh had said in Hindi, “Those who cannot say Vande Mataram or cannot respect the motherland, the nation will never forgive them. My ancestors died at the Simaria Ghat and did not need a grave but you need three handspans of space.”

The commission said Singh had violated provisions of the election code and directions of the Supreme Court that religion cannot be used while campaigning. The Begusarai district administration had on April 25 charged Mr Singh for violating the poll code and the Representation of the People Act by making controversial remarks against Muslims at a rally on April 24, where BJP president Amit Shah was also present.

He was barred from campaigning in Bihar and Jharkhand over communal remarks in the 2014 Lok Sabha election.

Giriraj Singh is contesting against Communist Party of India candidate Kanhaiya Kumar and the Rashtriya Janata Dal candidate Tanveer Hasan. Begusarai went to polls on April 29 and the election results will be declared on May 23.