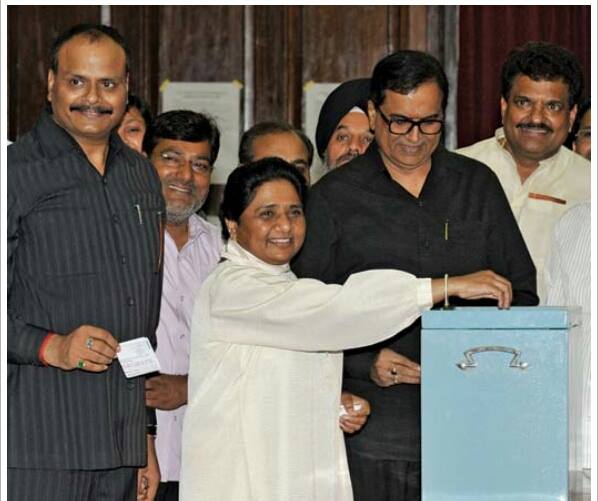 “PM Modi’s government is losing this election, it appears that even RSS has stopped supporting them. In view of unfulfilled election promises & the public agitation, their swayamsevaks are not being seen putting in the work, it has made Shri Modi nervous,” Mayawati said. She also urged the Election Commission to add expenses incurred during roadshows and offering prayers in candidate’s total expenditure.

“During a ban on a candidate for violating Model Code of Conduct (MCC), if they go to a public place or offer prayers at a temple and it is shown in media, it should be stopped. Election Commission should take action on it,” she added.

Mayawati also took a jibe at the Prime Minister for terming poverty as his caste during an election rally earlier last week, saying “he is changing his caste every second day for political selfish motives”.

The general election is currently being held in seven phases from 11 April to 19 May 2019 to constitute the 17th Lok Sabha. The counting of votes will be conducted on 23 May and on the same day the results will be declared.

Small shops, trades to be allowed from Sunday in Gujarat