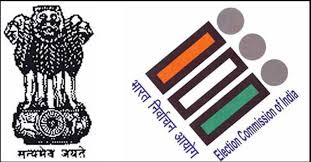 The Election Commission has, on Sunday, revealed that over 909 posts on social media platforms had been removed during the LS polls. It has taken down 650 posts in Facebook, followed by Twitter (220), ShareChat (31), YouTube (five) and WhatsApp (three), said Dhirendra Ojha, Director General of Communications in the EC, after the final phase of election was done.

Ojha said, 73 of the 909 posts were political advertisements in the “silence period”, two violated the Model Code of Conduct, 43 were held responsible for “voter misinformation”, 28 were crossing the “limits of decency”, 11 were exit polls and 11 constituted hate speech.

Meanwhile, according to Facebook’s Ad Library Report, there were 1.21 lakh political ads with a total expenditure of more than Rs 26.5 crore between February and May 15 this year. Political parties have spent over Rs 53 crore on digital platforms like Google and Facebook between February and May, with the Bharatiya Janata Party (BJP) accounting for a lion’s share of the spending.