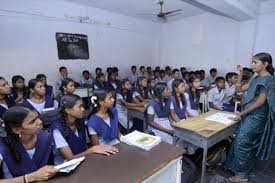 The Tamil Nadu government and opposition parties, on Saturday, opposed the three-language formula proposed in the draft National Education Policy 2019, which makes Hindi a compulsory language in non-Hindi speaking states. The draft policy was prepared by a panel led by eminent scientist K. Kasturirangan and unveiled on May 31.

The social media have also taken the issue seriously. Protests erupted on Twitter, stating Hindi should not be made a mandatory third language in schools. Twitter was flooded with messages protesting the draft education policy submitted to the new government at the Centre two days ago.

The three-language formula which bats for Hindi from “pre-school to class 12 is a big shocker,” and the recommendation would “divide” the country, DMK chief M.K. Stalin said.

However, dismissing the fear of Hindi imposition, HRD minister Ramesh Pokhriyal said the committee has submitted its report to the ministry, it’s not the policy. “Public feedback will be sought, there is a misunderstanding that it has become a policy. No language will be imposed on any state,” the Union minister said.

Meanwhile, I&B minister Prakash Javadekar added that there was no intention of imposing any language on anybody.