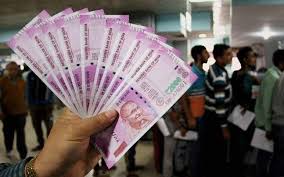 The Bharatiya Janata Party spent almost Rs.27,000 crores in the recently concluded Lok Sabha elections, as per the report revealed by Centre for Media Studies. The report has called the 2019 General Elections the “most expensive election ever, anywhere”.

Former Chief Election Commissioner of India, S.Y Quereshi notes in the report, “Can we sustain our fundamentals without addressing the critical issue of poll expenditure? Initiatives taken by Election Commission of India to curb poll expenditure are hardly sufficient. As a result, Rs. 3377 crore have been seized in this election, three times the amount seized in all of 2014 elections.”

Never before the candidates, leaders and parties, and even the news media were so much in violation of “model code” of the Election Commission of India (ECI). They all fought the
election as if it had to be fought “at any cost”, states the report.

Opposition parties had earlier demanded a cap on election expenditure, however, the suggestion was not taken into consideration.