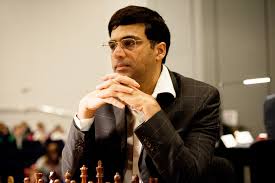 Five-time world champion Viswanathan Anand put up a good show in the Classical game last day. But, he couldn’t defeat world champion Magnus Carlsen of Norway in the Armageddon game to score half a point out of a possible two in the first game of Altibox Norway chess tournament in Stavanger, Norway on Thursday. It turned out to be a difficult day at the office as Anand survived an inferior middle game and then a subsequent endgame against Carlsen for a long time in what was the most exciting classical game of the day but then fell prey to some finely disguised maneuvers in the Armageddon game where the Indian played another black.

As a result of the Armageddon rule invented for a super tournament for the first time, the event had five decisive results coming in the shorter format of the game. Interestingly, the elite chess players were probably drawn to the idea of fighting it out in the shorter format as the Classical games saw only brief spells of fighting chess and Carlsen was the only one seriously pushing for a win against Anand.

Chinese Ding Liren was the first to score a brilliant victory over Wesley So of United States and his compatriot Yu Yangyi followed suit when Maxime Vachier-Lagrave of France failed to spot an intermittent check with the queen and instead landed in complications. Azeri Shakhriyar Mamedyarov accounted for American Fabiano Caruana whose reputation in the faster version of the game suffered another setback. In a wild chase on the clock, Levon Aronian won on time in a hopeless situation against Alexander Grischuk of Russia where pieces flew all over the board as the players tried to match each other with only seconds remaining on the clock. 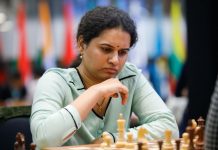 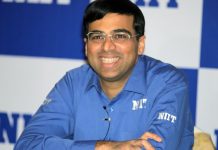 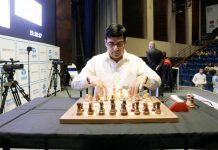