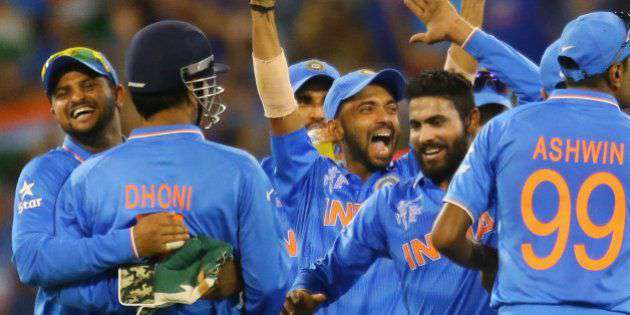 India won its first match in the world cup season against South Africa on Wednesday. An unbeaten century by Rohit Sharma was the highlight of the match. Chasing a target of 228, India lost their opener Shikhar Dhavan pretty early as he was sent back to the pavilion by Cagiso Rabada. After Dhavan’s dismissal, Kohli tried to put runs on the board by the help of Rohit Sharma. But unfortunately the pair couldn’t stay long on the crease as Virat was caught with 18 runs.

Yesterday’s India’s victory was a perfect cohesion between a disciplined bowling and batting performance, say fans. Meanwhile, it is conceived that the performance of Indian openers was bit disappointing as India could score just 50 runs in the first 15 overs. Shikhar Dhawan and Virat Kohli fell down. Then it came the tiger Rohit Sharma, who, with his own patient and steady inning and with a decisive partnership with K Rahul and MS Dhoni ensured the victory to India.

It was Rohit’s 23 rd ODI century who scored 122 runs in 144 balls with 13 boundaries and 2 sixes. The match began with a normal over by Bhuvaneshwar Kumar but it turned colorful when Bumrah had the ball in his hand. He gave just 35 runs in 10 overs with two wickets. In fact, this is Bumrah’s World Cup debut.