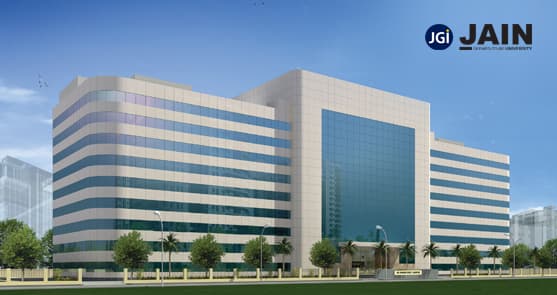 For the past few weeks, the Kochi edition of major newspapers carried full-page advertisement of Jain (Deemed to be University), Kochi. The hoardings at metro pillars were also filled with advertisements that welcomed students to the new off-campus centre. However, the off-centre campus raises many concerns regarding the guidelines to be followed.

Based at Bangalore, ‘Jain’ has an experience of more than 30 years in the educational sector.  It was a year back in May 2018, that the college was given deemed status by UGC. 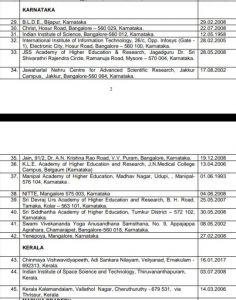 However, what made us suspicious about the new campus was the UGC guideline on territorial jurisdiction. “A deemed university shall operate only within its headquarters or from those off campuses/offshore campuses which are approved by the government of India, through notification published in the official gazette. The UGC has not granted permission to any deemed to be universities to establish study centres,” states the guideline.

With further doubts, we decided to approach UGC to get a clearer picture.

From the New Delhi office, we were given a number which clarifies queries on the deemed university.   The UGC official though initially diverted the conversation, finally confirmed that the college would require the permission of Ministry of HRD. And asked Jain’s Kochi off-centre had it, he said currently it is not recognised.

How is it that then, the college is starting its off-centre without permissions?

Another guideline of UGC, on Procedure of starting off-campus centres states, “ Notwithstanding any provisions contained in any Regulations of UGC, Category-I & category-II institutions deemed to be universities can open two off-campus and one off-campus respectively within a period of five years.”

When contacted by team Woke, with an enquiry on admission procedure and the details of certification, an official from ‘Jain’ assured, “We have permission to start an off-centre campus. There is no cause for concern. We will soon be starting another off-centre campus in Pune.”

How is it that ‘Jain (Deemed-to-be-University)’, which comes under category II, start two off-centre campuses when they have the provision to start only one?

Earlier, Jain had run into another controversy with UGC. The issue came after the University Grants Commission (UGC) pulled up deemed to be universities for attaching the suffix university although they still did not have university status. It had also issued a warning that these institutions would lose their “deemed to be university” tag if they failed to make the switch. Following this, the institution had changed its name to “Jain.”

Self-financing colleges in Kerala also had raised their concerns on the influx of such campuses in Kerala. They alleged that when other universities conduct UG and PG admissions by setting conditions in minimum qualification marks, deemed to be universities were doing it without any criteria.

“The deemed-to-be universities are certain to play gimmicks at the start to attract students and setting an entrance test is part of it. Nobody knows whether there is quality filtering. When they run short of students, they start diluting norms also,” said Dr R. Pragash, convener, MG University Syndicate Exam Standing Committee to Deccan Chronicle.

“Even UGC has limitation in interfering in their activities,” he added.

With its entrance examinations scheduled tomorrow, many questions remain unanswered.

Anne Hathaway, Dee Rees Team up for Netflix’s Next