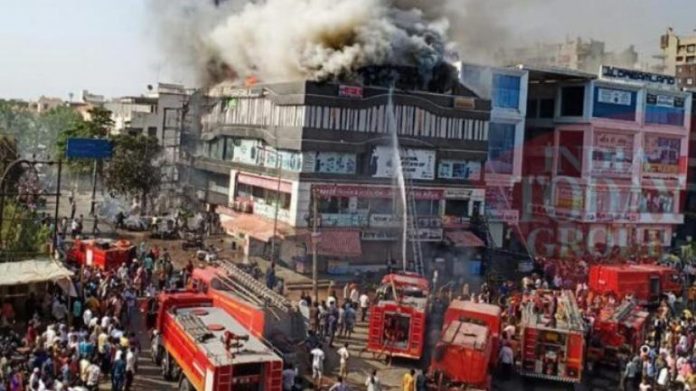 The Gujarat High Court has asked the state government to submit a detailed report on the investigation into the Surat fire tragedy that claimed the lives of 22 students of a coaching centre, at Takshashila Complex in Surat’s Sarthana on May 24, PTI reported.

Hearing a petition demanding an enquiry by the Criminal Investigation Department into the accident, Justice S H Vora asked the government to submit its report by July 24.

The Court also sent a notice to the state government on the petition filed by Jaysukh Gajera, whose 17-year-old daughter died in the fire. Gajera, in his petition, demanded CID inquiry into the incident and also demanded action against civic body officials, who had allegedly regularised illegal constructions at the commercial complex.

Gajera in his petition said the victims’ kin have “reasonable apprehension that the investigation will not be impartial and independent, and the responsible officers will go scot-free”.

Gajera accused the police of shielding officials of the Surat Municipal Corporation who were responsible for the incident by regularising the illegal construction in the complex.

“The whole incident took place because there were no safety measures in the building and the said illegal structure was regularised by the authorities,” Gajera said in his petition.

The next hearing on this petition will be on July 25.

22 students of a coaching class died in the fire that broke out at the four-storey Takshashila Arcade in Sarthana area of Surat on May 24. The police have arrested nine persons in this case.