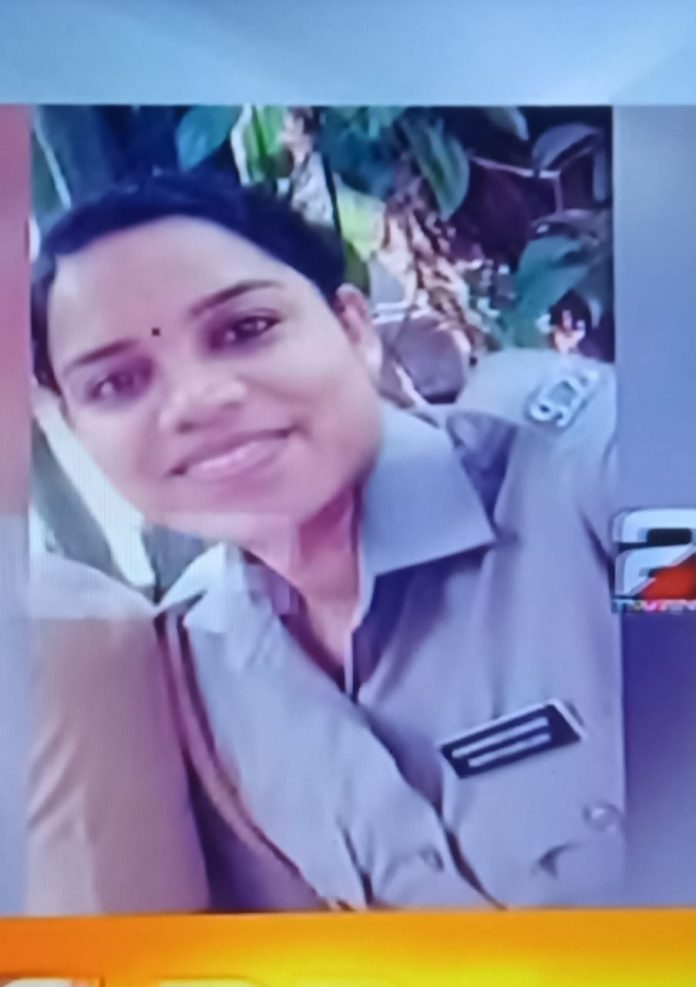 A lady constable was killed after she was set on fire today afternoon allegedly by a traffic police personnel who poured petrol on her. The incident happened near to her home in Mavelikkara, Alappuzha. She was returning home after attending a PSC examination.

The 34-year old civil police officer, identified as Soumya Pushkaran, died on the spot. She was working at Vallikkunnam station near Mavelikkara. The attacker, Ajaz also suffered burn injuries and has been taken to a hospital.

Ajaz is working with the Aluva traffic police team. He had hit the scooter in which Soumya was travelling with his car. Though she tried to run, he stopped her, poured petrol over her and set her ablaze. Ajaz who also got burnt is admitted to Alappuzha Medical College Hospital.

Soumya is survived by her husband Sajeev, who works abroad, and two children.