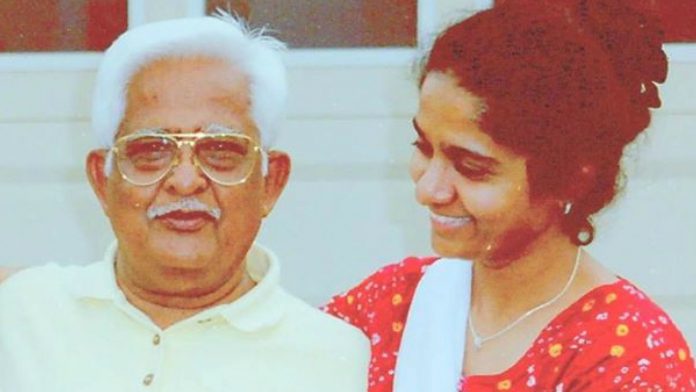 Nishrin Jafri, daughter of Ehsan Jafri, who was burnt alive in Ahmedabad during post-Godhra riots, wrote to Shweta Sanjiv Bhatt via Twitter. In the letter, Nishrin says Shweta that the path she has opted is a long, lonely and difficult one.

Ehsan Jafri was an Indian politician and member of the 6th Lok Sabha for the Congress Party, who was killed in the Gulbarg Society massacre, which was one of the episodes of Hindutva mob violence against Muslims during the 2002 Gujarat riots.

Fighting for Justice and human rights in India is a long and lonely battle.

Once Teesta Setalvad mentioned this in an interview and for days I kept to myself trying to understand the depth of her sentence. I felt this loneliness from day one but I didn’t know how to express myself. So let me tell you how lonely this road that your husband has taken is and how long, lonely and difficult is the road ahead for you, your children and family, just in case you have not figured it out yet.

My mother was just 23 when she moved to Ahmedabad sometimes in 1960 and in 2002 at the age of 60 that night when she left her house and walked on the streets with the same saree she had on from the morning of Feb 28th, and on the same streets that she walked for 40+ years there was not a single door from her home in Chamanpura all the way to Gandhinagar where she ended up in a family friend’s house the next day that was open for her, open to take her with open arms.

Do you think that the city you call home and the people you call “mere desh wasi” even care about what you are going through?

None of the big wigs who live in Ahmedabad and were my father’s longtime friends came for her. Even those, who sat in her kitchen and ate meat curry and Biryani with my father, a million people in Ahmedabad with whom my father worked, fought elections, fought court cases, walked in rallies, sat on protests, played Holi, celebrated Eid, Diwali and any number of things they did together. Even when she was found in Gandhinagar and the news of my father’s brutal murder along with hundreds from his community was spread. You think because of your husband’s work in this state and city, your husband’s education and service, his dream to serve his country, honesty and dedication is going to be considered here and these people will join you in your struggle?

If an incident with such magnitude took place in Canada and an Ex-Member of Parliament was so brutally burned and murdered with 169 others in his home, Justin Trudeau and his entire cabinet would have shut down the parliament and stood to help each one of the victims.

Most of the big businesses would have started the work on Gulberg Society and other areas to rebuild the homes and resettle the homeless. In 2002 and even now three richest businessmen of India are from Gujarat but even the women of those families who take pride in charity work did not come out to help or gather other rich and famous women to line up and show their unity and love. — You think just because you wear a saree and put a beautiful bindi on your forehead that they will consider you a human being and think of what you are going through as a mother, a wife and a daughter and will join you in your struggle?

Over a million Indian women in the early morning of their day go to a place of worship in our cities, towns and villages, but none thought that day, that in the city they share together, an entire community is on streets looking for a place to sit and sleep with young children and old parents.

Schools of Gujarat full of teachers, colleges and Universities full of lady professors, businesses full of working women went by their day to day when a section of a community was not only thrown out of their home but some of them were carrying their injured children or parents in the same clothes for days, some were looking for their loved one’s dead bodies among the thousand charred bodies dumped, and some were sitting and trying to sleep on hard floors of schools in the Muslim areas now converted as a refugee camp and or some who were trying to find a place and adjust in a corner of a Kabrastan.

Do you think these same people are worried about what you are going through while your husband is in Jail fighting with the fascists?

In any other era or country, not only all the IPS Officers but all government officers of not just the state of Gujarat but India would have gone on strike and demanded a stop to this harassment that Sanjivji is being put through.

But you are in India my friend; here we are raised with a daily dose of hate on the number of things that work on dividing us. If disaster has to strike us I pray it is a natural disaster and not a religious or politically based hate disaster. Only those who are victims of such hate truly know how lonely this road is. With all my love, prayers for you and your determined husband, Sanjiv Bhatt. 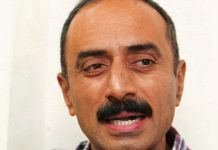 I will not bear this at any cost, I will get Sanjiv back, says Shweta Bhatt

I will fight, you may bury me alive; Sanjiv Bhatt’s open letter to PM Modi