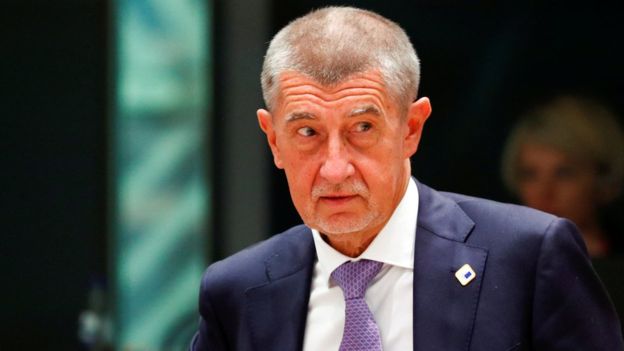 Close to 25,000 people gathered in Prague demanding the resignation of Andrej Babiš, a billionaire leader who campaigned on an anti-corruption platform but has himself become a symbol of perceived malfeasance. The protest is dubbed as the biggest the country has seen since the 1989 velvet revolution that had brought down communism.

The speakers called Babis, Czech’s second richest man and currently the PM, a threat to democracy. This is the fifth protest that is organised against the current PM.

“I was here in 89 with my son on my shoulders,” Exner, one of the protesters told the Guardian, adding that he published underground samizdat literature during communist times.

“At the time, it was as if a light was suddenly switched on. But we were naive. We didn’t finish it. We should have forced the main communist apparatchiks to be punished by law. We thought they would somehow apologise and atone and stop what they were doing.”

“It seemed OK at first, with Havel. But since then, we have gone in a different direction. We are here to finish the velvet revolution,” he added.

Mr Babis is facing a criminal investigation over alleged fraud and is also the subject of an EU conflict-of-interest investigation. He, however, has denied the allegations

“If you look at the political trends, not just demonstrations, you can see that Babiš has many political problems,” said Prof Lubomir Kope?ek, a political analyst at Masaryk University in Brno. “In the longer run, maybe six, seven or eight months, they can some consequences, maybe resignation, maybe the fall of the cabinet.”