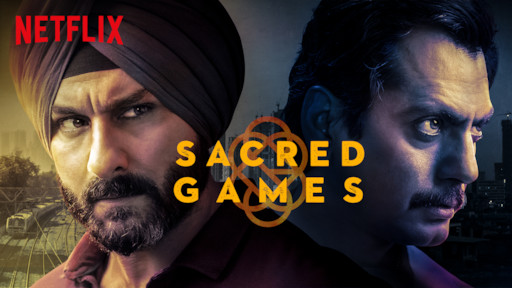 It was reported that the much-awaited show might be streamed by the end of July or the first week of August this year. Talking about it, a source had said, “Netflix is going through it again and that’s why the delay. It seems like the platform isn’t happy with the final outcome. Rumours suggest that this season isn’t that great as the first one. Well, only time will tell if the audience likes the show or not but we all have high hopes.”

Responding to Bollywood Hungama Saif said, “How absurd would it be for Sacred Games to be delayed because we both are doing something else. Of course, both of us are busy. But not at the cost of our commitments.”

It also quoted another actor who did not “want to be named” as saying, “Netflix may have decided to move ahead the release date of Sacred Games 2, but not because of the actors. All of us have completed our work. The Saif track and the Nawaz track were separately directed by Neeraj Ghaywan and Anurag Kashyap respectively to save time. If there is any delay in the release, it’s got nothing to do with the actors.”

Saif is currently shooting for his home production Jawani Jaaneman in London. While Nawaz is busy with his brother’s directorial venture Bole Chudiyan.

Sacred Games is an Indian web television thriller series based on Vikram Chandra’s 2006 novel of the same name. The first Netflix original series in India, it is directed by Vikramaditya Motwane and Anurag Kashyap, who produced it under their banner Phantom Films. The novel was adapted by Varun Grover, Smita Singh and Vasant Nath. Kelly Luegenbiehl, Erik Barmack and Motwane served as the executive producers.

A Non-drug Therapy to cut Stroke Risk in Half