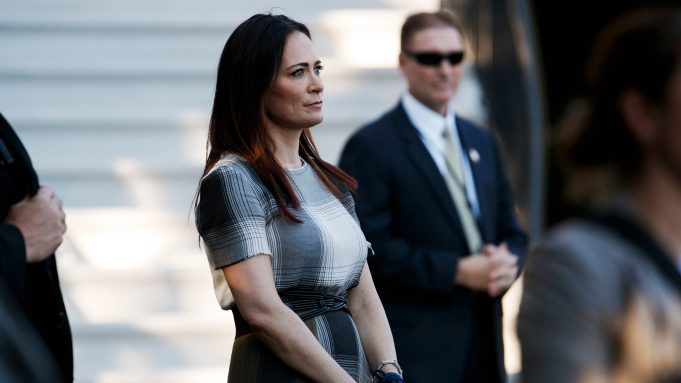 Trump said Grisham would do a “fantastic job.”

“She actually gets along with the media very well, as you know. A lot of the folks in the media like her very much,” he told reporters.

Stephanie has a tough job ahead as the relations between the White House and Media has deteriorated ever since Trump took charge of the office. The president had open;y called the journalists “enemy of the people.”

The appointment was announced by Melania Trump through her official Twitter handle.

“She has been with us since 2015 – @POTUS & I can think of no better person to serve the Administration & our country,” Melania Trump tweeted.

Sarah Sanders, the former Press Secretary had left the office on 14th this month. Grisham had been supportive of Sanders, reacting to her departure by saying she would “miss her sincere love of country & great sense of humor at the @WhiteHouse.”