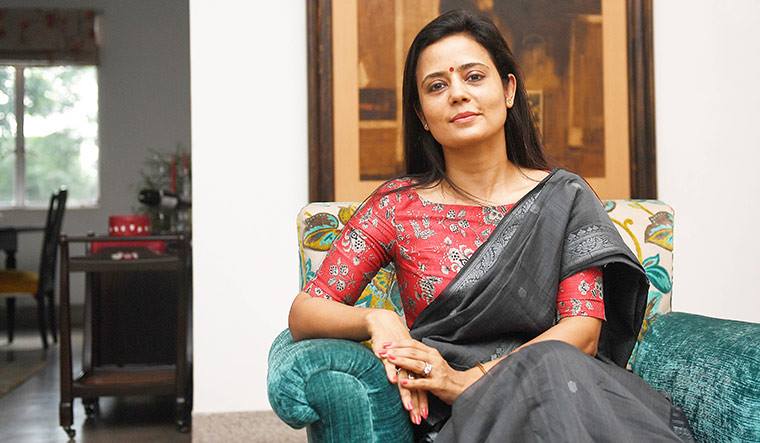 TMC’s Mahua Moitra’s maiden speech at Parliament was notable. She took on the opposition point by point, despite the interruptions that had happened. She said that all signs of early fascism is visible in the country today and went on to explain the seven signs of fascism.

Here are the seven signs that Mahua pointed out:

The first sign that she pointed out was Nationalism searing into the national fabric.

She said that this narrative was “superficial”, “xenophobic” and “narrow”. “It is the lust to divide, it is not a desire to unite,” she said.

2. Disdain for human rights in government

She said there had been a disdain for human rights in government.

“There is a ten-fold increase in the number of hate-crime from 2014 to 2019. It is like the valuation of an e-commerce startup. There are forces in this country who are sitting there, just pushing these numbers up,” Mahua Moitra said.

3. Subjugation and control of mass media

Making a remark at Modi, Mahua Moitra said that five of the largest news media organisations in India today are either “indirectly controlled or indirectly indebted to one man in this country.”

“You repeat and repeat a lie until it becomes the truth.” “I tell you that every time they put out one figure, one fact, that is not the truth. They are destroying the fabric of India,” she added.

Mahua Moitra alleged the achievements of the Army were being “usurped in the name of one man”. She also said, “New enemies are being created every day. There has been a 106 per cent increase in the death of Jawans in Kashmir,” Mahua Moitra added.

5. Religion and Government intertwined in the country:

“Members of the Parliament are concerned mostly with 2.77 acres of Ram Janmabhoomi while (they seem to be unconcerned) by the 80 crore acre that makes India,” she said.

6. Disdain for intellectuals and the arts

“Everything we are doing is pushing India back to the dark ages. Secondary school textbooks are being manipulated and distorted in order to indoctrinate,” she said.

She also accused the ruling government of not tolerating questions and suppressing the dissenting voices. “You do not even tolerate questioning let alone dissent. The spirit of dissent is integral to India. You cannot shackle us,” Mahua Moitra said.

7. Erosion of independence in the electoral system

Mahua Moitra questioned why the Election Commission of India did not take action against the amount of money spent during the Lok Sabha elections. “Rs 60,000 crores were spent during the Indian elections (this time) – 50% (of this amount) or Rs 27,000 crores by one party,” she said.

She ended her speech by saying, “I have the right to disagree with your idea.”