The “criminal case” against Lawyers Collective, a Delhi-based NGO is the latest example of how the foreign funding law is being (mis)used by the Indian authorities to “harass outspoken rights groups”, said Amnesty International and Human Rights Watch at a press conference here on Wednesday.

Found in 1981, lawyers collective has many notable names including that of Anand Grover and Indira Jaisingh. The group provides legal aid, advocates for the rights of marginalized groups, campaigns to end discrimination against LGBTQ people, and seeks enforcement of workplace sexual harassment laws.

However, on June 18, 2019, the Central Bureau of Investigation (CBI) filed a criminal case against the Lawyers Collective for allegedly violating the Foreign Contribution (Regulation) Act (FCRA).

CBI had claimed that the organization used the funds for activities that violated the foreign funding law, notably “lobbying with members of parliament and thereby influencing the political process and parliamentary institutions.”

“The Indian authorities are evidently targeting the Lawyers Collective because of their work defending human rights activists and advocating for the rights of marginalized groups,” said Aakar Patel, head of Amnesty International India.

“The repeated misuse of the foreign funding law restricts groups’ ability to operate in violation of their rights to freedom of expression and association,” he added.

The government first suspended Lawyers Collective’s FCRA license in May 2016 and later cancelled it in November 2016, also freezing bank accounts. The Lawyers Collective has challenged the cancellation and non-renewal of the license in Bombay High Court. While the case is pending, in January 2017, the court ordered the authorities to release its domestic bank accounts.

The allegations and charges against the Lawyers Collective appear to be an attempt to silence the group because of its work representing people in cases against the government, Human Rights Watch and Amnesty International India said.

The Lawyers Collective has represented activists facing a range of politically motivated allegations including those that sought prosecutions for the 2002 targeted attacks on Muslims in Gujarat, or others that have defended the rights of tribal groups and Dalits.

Civil society groups, activists, doctors, and patient rights’ advocates have condemned the government’s actions against the Lawyers Collective. The National Human Rights Commission also sought a status report from the CBI on its investigation against the group.

“The Indian government talks about inclusive development and commitment to basic rights and yet is targeting lawyers and activists who seek to protect the rights of the most vulnerable,” said Meenakshi Ganguly, South Asia director at Human Rights Watch.

“Democratic governments should not fear criticism, and should certainly not target activists for their ideology or commitment to upholding civil liberties,” she added 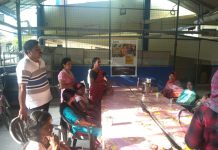 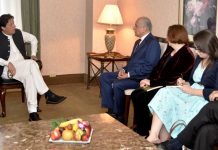 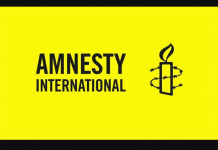