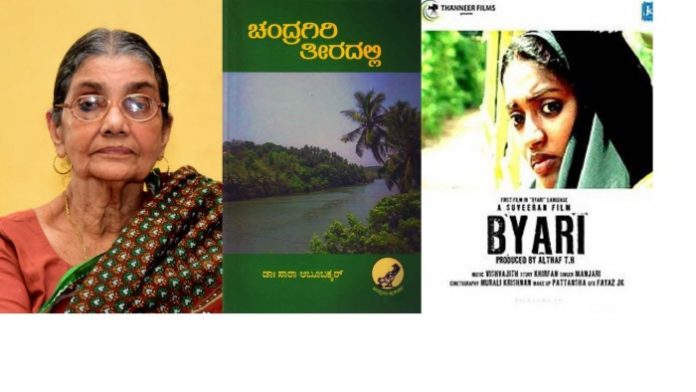 Noted Kannada writer Sarah Aboobacker has won a legal battle against the makers of the 2011 national award-winning film ‘Byari,’ which she claimed was based on her much-acclaimed novel ‘Chandragiriya Teeradalli (By the banks of Chandragiri),’ PTI reported.

She had moved the court against the film’s producer Altaf Hussain and director KP Suveeran saying the movie makers had used her story without permission. Court, in its verdict, directed the filmmakers, not to screen the movie anywhere henceforth, and asked to pay a compensation of Rs 2 lakh with interest for the period of trial in the case (eight years and 12 days) along with court costs.

Byari,’ the first film in Beary language, had won the Swarna Kamal for best film at the 59th national film awards.

The Judge B Muralidhar Pai noted that there was an infringement of her intellectual property rights.

The writer, in a press note, said her novel was published as a serial in ‘Lankesh Patrike’ and had been widely read with passion and much debated, and using her novel for the film without taking permission forced her to approach the court for justice.

Aligarh Encounter: Mothers demand justice for their innocent sons who were murdered by UP...