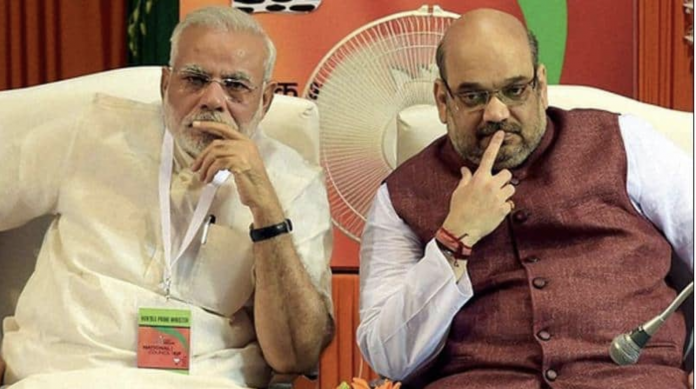 G Kishan Reddy, minister of state for Home Ministry on Monday tabled the National Investigation Agency (Amendment) Bill in the Lok Sabha. Reddy also said that Reddy said special court judges would continue to be appointed by the chief justice in order to fast-track the trial processes.

The minister while introducing the bill said that the state governments must set up special courts to tackle terrorism.

“We will continue to fight terrorism with zero tolerance,” he added.

However, the current bill had led to a huge ruckus in the parliament. Let’s find out why?

The National Investigation Agency (Amendment) Bill, 2019 was first introduced in Lok Sabha by Minister of Home Affairs Mr.Amit Shah on July 8th 2019. The bill was introduced in Lok Sabha by the Minister for Home Affairs, Mr Amit Shah, on July 8, 2019. The Bill will be making amendments to the National Investigation Agency (NIA) Act of 2008. The act now empowers a national-level agency to look into and prosecute offences that are listed as scheduled offences The Act also allows for the creation of Special Courts for the trial of scheduled offences.

The Act also permits for the creation of the NIA to investigate and prosecute offences specified in the schedule. As per the amendment, the officers of the NIA have the same powers as other police officers in relation to the investigation of such offences, across India.

The Bill states that in addition, officers of the NIA will have the power to investigate scheduled offences committed outside India, subject to international treaties and domestic laws of other countries. The central government may direct the NIA to investigate such cases as if the offence has been committed in India. The Special Court in New Delhi will have jurisdiction over these cases.

What is a Scheduled offence?

This takes us to the next question as to what has been categorised as a scheduled offence.

The schedule to the Act specifies a list of offences which are to be investigated and prosecuted by the NIA. These include offences under Acts such as the Atomic Energy Act, 1962, and the Unlawful Activities Prevention Act, 1967.

The Bill seeks to allow the NIA to investigate the following offences, in addition:

Why the ruckus? What Happened in Lok Sabha: The Debate

“The NIA Bill, in 2008, came under specific circumstances after the country felt some unprecedented incidents,” Tewari claimed.

Tewari opposed the bill, stating that investigating agencies are being misused for “political vendetta” and “inspired media leaks” from them have turned the maxim of “innocent until proven guilty” on its head.

One of the most discussed concerns with Bill was its potential for misuse.

K. Subbarayan of the CPI said that he opposes the Bill for he suspects the motives of the government.

Asaduddin Owaisi of AIMIM said that the Bill extends territorial jurisdiction. He wanted to know if India will become an International Criminal Court’s statute. He asked what powers the NIA officer has, and if we have the diplomatic clout.
He also asked for the definition of the particular phrase “affecting the interests of India”.

“Why are you not appealing the verdict in the Mecca Masjid, Samjhauta blasts cases?” he questioned.

E.T. Mohammed Basheer of IUML said that the accountability of NIA is eroding. He added that NIA is becoming an instrument in the hand of the government.

Abdul Majeed Ariff of the CPI(M) called the Bill “state-sponsored terrorism” and claimed that it violated the fundamental rights of citizens. He compared this Bill to TADA, which was repealed after widespread allegations of abuse.

The NIA was set up in 2009 in the wake of the Mumbai terror attack which had claimed 166 lives.

Refuting opposition claims over “misuse” of the NIA law, Home Minister Amit Shah on Monday asserted that the Modi government will never misuse it on the basis of religion but ensure that terrorism is finished off irrespective of the religion of the accused.

The question that comes with the Bill is hence this:

How can a government that is led by a man who sponsored ethnic cleansing through a riot in Gujarat promise not to misuse an act of power?

Trump Strikes $3.9bn Deal With Boeing for Air Force One