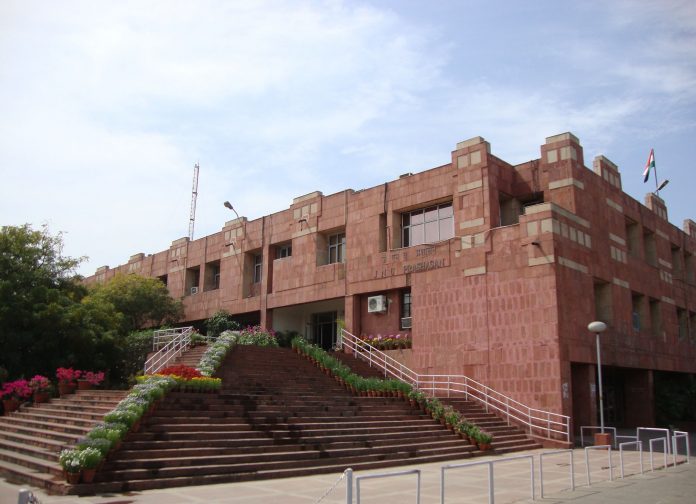 “The government will not allow anyone to defame the Jawaharlal Nehru University (JNU) and also ensure that the prestigious university remains in the “national mainstream,” Human Resource Development (HRD) minister Ramesh Pokhriyal Nishank told Lok Sabha on Friday.

“Some people have defamed the JNU. This government will not let their intentions succeed. We will run the JNU in a very good manner and take it to newer heights. There is no question of any deviation from the national mainstream,” the minister said

The minister’s assertion came in the Lok Sabha in response to a BJP member SP Singh Baghel’s suggestion for bringing in provisions to ensure that students who raise anti-national slogans in a university campus do not get admission in any other university.
Six students including the then president of JNU students union Kanhaiya Kumar were booked by police on a charge of sedition for “anti-national sloganeering” at an event organised in the memory of Parliament attack convict Afzal Guru in February 2016.

Referring to this 2016 incident in JNU, Baghel urged the government to bring in a mechanism to ensure that such an incident was not repeated in any of the universities.

“Such kind of students should not get admission anywhere,” the BJP leader said, urging the HRD minister to bring in some provision for this.

Responding to the BJP leader’s suggestion, the HRD minister said that the JNU has been one of the best universities “in the world” and has earned a name in the field of research.

“JNU is a very good institution. Its stature will be maintained,” he added.

Baghel, a Lok Sabha MP from Uttar Pradesh, raked up the issue while participating in a debate on a bill that seeks to establish two central universities including a central tribal university in Andhra Pradesh. 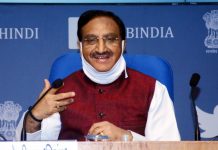 2 Terrorists Gunned Down in Hajin Encounter