The Bharatiya Janata Party on Wednesday dismissed its Uttarakhand MLA Kunwar Pranav Singh Champion from the party for six years. The expulsion came a week after a video of him dancing while brandishing guns was widely shared on social media.

“The saffron party had also taken note of Champion’s continuous public misconduct. Champion had been sent a show-cause notice by the state leaders after the video surfaced.”Party spokesperson and Rajya Sabha MP Anil Baluni said.

“Since his reply was not satisfactory as per our disciplinary committee, he has been expelled from the party for six years,” ANI quoted Baluni as saying.

Earlier he was trying to justify his actions in the video, saying that the weapons were not loaded and that he had a license for them.

“This is a conspiracy,” NDTV quoted him. “They are licensed weapons and not loaded. I am not pointing towards anyone or threatening anyone. What’s the crime? Is drinking alcohol and keeping a licensed gun a crime?”

After the video triggered controversy, Champion’s gun license had been revoked. He had already been suspended by the saffron party for three months after he had allegedly misbehaved with journalists in June. 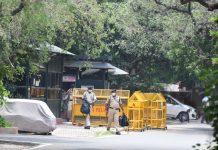 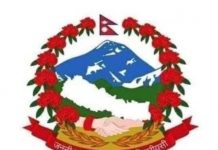 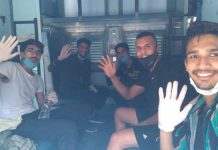