In a first, women personnel of the Central Reserve Police Force (CRPF) who faces riotous mobs will soon get a body gear that fits them, The Hindu reported.

“Since Independence, the women personnel had to compromise with bulky, oversized body protectors designed for men. Around 300 women CRPF personnel posted in Srinagar to control the stone-pelting incidents are to benefit from these gears,” a CRPF official said.

The full body protector has been designed by a team of scientists from Defence Institute of Physiology and Allied Sciences (DIPAS), a unit of the Defence Research and Development Organisation (DRDO), reported by The Hindu.

Dr. Bhuvnesh Kumar, Director, DIPAS said, “The gear covers all soft parts of the human body such as rib-cage, back of the arm, inner calf, thigh and groin area of females deployed in riot control.”

Scientist Dr. Shweta Rawat, who led the design team said, “anthropometric data were used to design the gears which ensure the protection of vital organs of women.”

“The gear is anti-stab, anti-acid. The prototype has been tested and soon we will go for mass production. It will increase the efficiency of women as the protectors being used earlier were designed for men and the ease of operation was lacking,” said Anupam Kulshreshtha, IG, CRPF.

Ms. Kulshreshtha included that the idea for gender-specific protective gears was first mooted at the National Conference for Women in 2016.

“It will be available in all sizes and the material used is the same as that used in male body protectors. It will ensure better mobility. It has also paved the path for further research and development in the field of women-specific body armours and vests,” said Moses Dhinakaran, DIG and spokesperson, CRPF.

Another official said “once the mass production starts, the gears will be available for other central armed police forces and State police forces also. It will weigh around 6 kg.”

Around 8,000 women deployed in the anti-riot Rapid Action Force (RAF) will get the body protectors. The CRPF is likely to place an order for 9,000 such pieces, reported The Hindu. 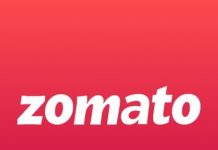