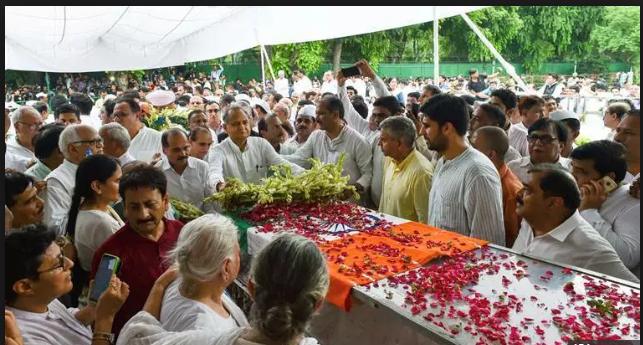 The mortal remains of former three-term Chief Minister of Delhi Sheila Dikshit were cremated at the CNG crematorium at Nigam Bodh Ghat in the capital on Wednesday. A number of family members, friends, senior Congress leaders, supporters, and political rivals attended the cremation that was carried out with full state honours amid heavy monsoon showers, The Hindu reported.

“Ms Dikshit was a friend and like an elder sister to me. Her demise is a big loss to the Congress party,” Sonia Gandhi responded to media.