Applauding the letter sent by the civic personalities, “it was the right time to send it,” Mamata Banerjee said.

“Everyone in this country knows what is going on. I respect all the intellectuals, I feel that whatever they have written is a genuine grievance by the people,” West Bengal CM told media.

“I think it is the right time that they have written to the Prime Minister, any citizen can write to the PM for any purpose,” she said.

Mamata Banerjee claimed that the letter had nothing against the slogan “Jai Shri Ram” and was rather about the hate crimes being committed in its name, reported India Today.
“It’s a shame if they call it politically motivated. You think Shyam Benegal and others will take money from outside…or anyone,” Mamata Banerjee said.

The 49 celebrities, including filmmakers Shyam Benegal and Aparna Sen, on Tuesday, wrote an open letter to PM Modi saying that “Jai Shri Ram” has become a “provocative war cry” with many lynchings taking place in its name, reported India Today.

“We, as peace-loving and proud Indians, are deeply concerned about a number of tragic events that have been happening in recent times in our beloved country,” the letter said.

“The lynching of Muslims, Dalits and other minorities must be stopped immediately. We were shocked to learn from the NCRB that there have been no less than 840 instances of atrocities against Dalits in the year 2016, and a definite decline in the percentage of convictions,” it continued.

“These are not the Middle Ages! The name of Ram is sacred to many in the majority community of India. As the highest executive of this country you must put a stop to the name of Ram being defiled in this manner,” the open letter to the prime minister said, 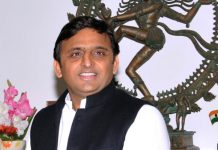 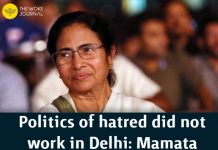 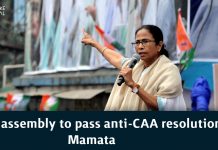 For Pakistan’s Imran Khan, ‘Donkey’ is an Ordinary Term