The Central Bureau of Investigation (CBI), which probed sacrilege cases registered vide three FIRs (Nos 13,14 and 15) in 2015 in its closure report submitted to the CBI Special Court, Mohali on July 4, has given a clean chit to the prime sacrilege accused Mohinder Pal Singh Bittu, a Dera Sacha Sauda follower who was murdered in Nabha, Patiala high security jail on June 22, 2019, India Today reported.

‘Neither the fingerprints nor the voice samples and the polygraph test failed to establish the involvement of Mohinder Pal Singh Bittu and others in the sacrilege cases”, the report said.

The closure report also says that CFSL, New Delhi report No CFSL-2016/D-376 dated August 27, 2018, had also given a negative report with respect to the fingerprints of all the aforesaid 10 persons (including Bittu) on comparison with fingerprints on derogatory posters, reported India Today.

The CBI closure report also says that the evidence collected by the Punjab Police in the form of the CCTV footage, fingerprints and mobile data dumps has failed to establish the crime and involvement of the people who were named in the FIRs.

“The psychological and forensic assessment of 18 people connected with the cases were analyzed by the expert psychology team of CFSL, New Delhi but no positive result in favour of pursuing the case could be found. Polygraph test of five people including the priests [Granthis] was also found negative,” the report mentioned.
The report also mentioned that none of the fingerprints and specimen handwritings of the 49 people matched with the fingerprints collected from the posters which surfaced during the sacrilege incidents.

“The call records of Bargari, Burj Jawaharsinghwala, and other places also failed to provide any lead,” the report mentioned.

The CBI closure report in the three FIRs pertaining to the sacrilege cases registered in various parts of Punjab in 2015 — which was submitted to the CBI Special Court recently — has irked the Sikhs throughout the world, India Today reported.

The counsel of the petitioners Gora Singh, Ranjit Singh and Gagan Pradeep Singh that the CBI investigation was not justified particularly when the state government had denotified the agency in June, 2018, reported India Today. 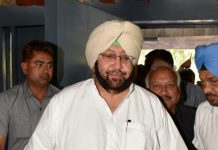