The Goods and Services Tax (GST) Council on Saturday cut the tax rate on electric vehicles (EVs) to 5% from 12%, a reduction that may lower the prices of electric cars by between Rs 50,000 and Rs 1.5 lakh, depending on the model and the make, and enable the creation of a mass-market for the non-polluting personal transport machines, Hindustan Times reported.

“The GST rate cuts on EVs and chargers are effective from August 1, 2019,” a finance ministry spokesperson said.

The council exempted local authorities from the indirect tax for hiring electric buses with capacity of more than 12 passengers, Scroll.in reported.

The decisions came at a time when the central government has been trying to make electric vehicles affordable. In the Union Budget presented on July 5, the finance minister had announced an additional income tax deduction of Rs 1.5 lakh on interest paid on loans taken to buy electric vehicles. She had said that customs duty on certain parts of electric vehicles would be removed. Scroll.in reported.

“India has a “game plan” for electric vehicles that will ensure clean cities, reduce imports and utilise solar power. “We have a game plan to drive electric vehicles, particularly two and three-wheelers, public transport and manufacturing of batteries in India. Our objective is that we should first work on about 80% of components of two and three-wheelers and buses and also push manufacturing of batteries in India.” Meanwhile, NITI Aayog Chief Executive Officer Amitabh Kant on Saturday said.

“Only 20 out of every 1,000 Indians presently own a car. “The low percentage can pursue a different model of manufacturing automobiles than in the West. Our emphasis must be shared, connected electric transportation,” he added. 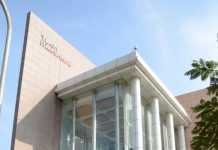 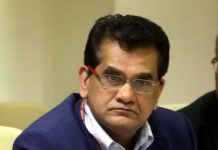 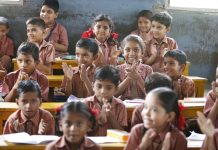 Campaign Cut Short in Bengal; Mamata Calls It A Gift to Modi by EC