In what can be seen as censorship of academic work by the representatives in Canada of the world’s so-called largest democracy, the Indian consulate has removed a slide quoting Booker Prize winner Arundhati Roy from a presentation on Dr B.R Ambedkar.

On the birth anniversary of Ambedkar in April, the Indian consulate in Vancouver had organized an event in partnership with a local Ambedkarite group.

A US based researcher was given a task to make a presentation on Ambedkar in the global context. She confirmed to this writer that one of the slides carrying a quote of Roy was removed from her presentation without her consent at the last minute. When she confronted the officials, she was only told that Roy is a disputed figure. Even the local Ambedkarite group chose to remain silent and did not intervene. The presentation was submitted to the consulate through this group.

India is under the Bhartiya Janata Party (BJP) regime. Scholars and writers like Roy continue to face threats and harassment.

Roy, who shot into prominence with her novel The God of Small Things that got her the Booker Prize, is also an essayist who has travelled extensively and demonstrated her capability in challenging power anywhere in the world. Roy has always stood for the rights of the poor and marginalized people in India and has been vocal against any form of state violence against minorities, at her own personal risk.

It associates with the denial of Honorary Canadian Citizenship to Roy by the Canadian parliament.

In a one-line response to the petition, Peter Schiefke, parliamentary secretary to the prime minister, wrote: “The decision to bestow citizenship is a decision of Parliament not that of the Government”.

This is despite the fact that the petition was addressed to the House of Commons and sponsored by none other than Member of Parliament from Surrey Centre, Randeep Singh Sarai Sarai. 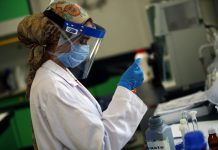