Thousands rallied across Colombia Friday to protest the killing of hundreds of human rights activists since the signing of a historic peace deal with FARC guerrillas, PTI reported.

The killings, attributed to a variety of armed groups, have drawn increasing criticism from the international community even though President Ivan Duque insists the number of murders has been reduced since he took office nearly a year ago,ReutersS reported.

“They are killing us but seeds of life and dignity are being born,” Luis Acosta said as he walked toward Bolivar square in the capital Bogota, which was packed with protesters.

Colombian president Ivan Duque joined a rally in the port city of Cartagena but was jeered by parts of the crowd, videos posted on social networks showed, reported PTI

“Today we are united in a fight against violence and drug trafficking, which has fueled the organized armed groups that have attacked social leaders in the country,” Duque said earlier.

In the capital, Bogota, some took to the streets with photos of slain activists, while others carried an enormous banner bearing the names of the hundreds who were killed because of their efforts to implement initiatives in the 2016 peace deal between the Colombian government and Marxist FARC rebels, Aljazeera reported.

“We want an end to the selective and systematic murder of social leaders … who are defending the right to live in their territories, the respect for biodiversity, respect for the peace accord,” said protester Gloria Cuartas, who works for a group which promotes completion of the accord. 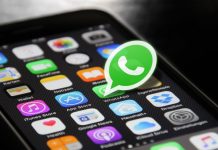 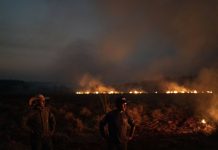