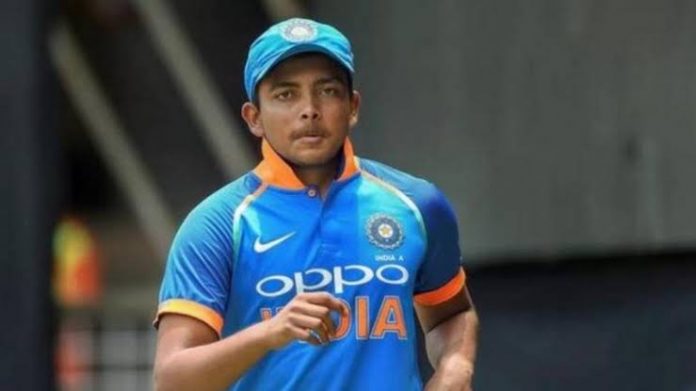 Speaking to ESPNCricinfo, Salvi, who has been serving as BCCI’s anti-doping manager since 2012 said Shaw’s mistake was an inadvertent one and not for enhancing performance.

The 19 year old cricketer received a suspension for using Terbutaline which was present in his cough syrup.

Similar instances had happened earlier with Indian all-rounder Yusuf Pathan and Punjab wicket-keeper Abhishek Gupta who were also banned in 2018 for using the same substance.

According to a BCCI release, Shaw “inadvertently ingested a prohibited substance, which can be commonly found in cough syrups”

“I am sure Prithvi [Shaw] knew about BCCI having an anti-doping programme and the helpline. He attended at least three anti-doping education programmes with us. He might have even attended the ICC’s programme conducted at the Under-19 World Cup in 2018. So he was well aware, but probably he just overlooked it and thought to himself ‘okay, the cough syrup shouldn’t be that dangerous’,” Salvi was quoted as saying by ESPNCricinfo.

Salvi also said that Yusuf Pathan’s case last year was an eye-opener for many cricketers who then started taking medications cautiously thereafter.

“Earlier, people were casual and did not bother checking all the medicines they were consuming. Yusuf’s case was an eye-opener for everyone. Other cricketers realised that they needed to be careful, too. That’s when people who did not call earlier started checking their medicines regularly,” he added.