The teaser of much-awaited Christopher Nolan’s ‘Tenet’ teaser was unveiled on Saturday. It appeared in Theatre screens. It has not been released in the online yet. Audiences attending preview screenings of the latest movie in the Fast & Furious series, the spin-off Hobbes & Shaw, were stunned to see the 40-second clip, reported The Hindu.

According to reports, “the teaser features star John David Washington, along with the tagline, “Time has come for a new kind of mission.”

It shows Washington’s character wearing an oxygen mask survey a bullet hole, and footage of a masked SWAT team is also seen.”

There is no clue available about the movie except that it is an action epic revolving around the world of international espionage with a sci-fi twist.

It has a cast of several A-listers such as Robert Pattinson, Aaron Taylor-Johnson, Kenneth Branagh, Clémence Poésy, Elizabeth Debicki and Michael Caine. Indian veteran actor Dimple Kapadia also plays a role in the film that is set to release on on July 17, 2020. Nolan is directing the film from his own screenplay, The Hindu reported. 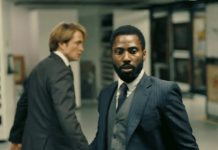 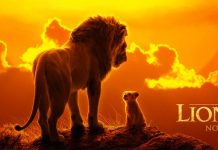 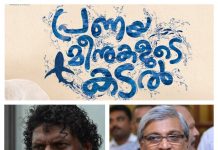