According to District Election Officer-cum-Collector A. Shanmuga Sundram, the election to the Vellore Parliamentary constituency passed off peacefully amid tight police security on Monday. The average polling recorded was 72.62% after polls closed at 6 p.m.

“In some places, VVPAT units complained and there were some cases of problems with EVMs and Control Units. Faulty machines were replaced immediately and polling continued, “the DEO said.

According to the reports, DMK cadre cornered two men from Chennai over an alleged attempt to distribute money to voters. It was said that they were locked inside a house, and the police, on receiving information, rescued them. They were let off with a stern warning

Polling started as scheduled at many booths. Polling was held at booths spread across six Assembly segments — Anaikattu, Vellore, KV Kuppam, Gudiyatham, Ambur and Vaniyambadi. The polling started on a dull note but picked up pace as the day progressed, reported The Hindu. 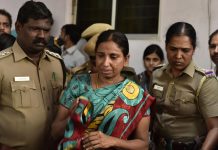